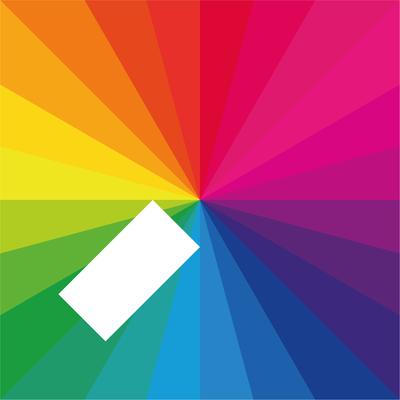 Possibly the most hotly-anticipated album of the year is here, and the question is - is it a full colour representation of British dance music, or just a black and white copy?

You'll have probably heard some of these tracks by now, including opener 'Gosh' - deep and powerful, it's a great scene-setter for the album. Like a lot of the tracks here it's full of noticable xx-isms but sounds fresh as hell. 'Sleep Sound' is mid-paced  with a great vocal sample, and is followed by the first of the tracks featuring his xx bandmates, 'SeeSaw'. This is a great, stupid grin on your face, dancing as the sun comes up track that really shows off his ear for a good dance tune, with vocal snatches from Romy. However, he's not always bang on the money, and 'Obvs' is the album's weak spot - it's a bit too much like painting by numbers, and the keyboard sound he uses is, frankly, pretty irritating.

Fear not though, as coming up next is a run of great tracks. The atmospheric 'Just Saying' sets the mood for 'Stranger In A Room', which features Oliver Sim's best vocal performance yet. In some ways this reminds me a bit of Bronski's Beat's 'Smalltown Boy' - it has the same kind of feel and emotion to it. You get to the end of the track before you realise there aren't actually any beats on it. 'Hold Tight' has plenty though, and picks the street vibe of 'Gosh' back up - it kinda feels like queueing in the street waiting to get into the club, with things a bit edgy and capable of going either way. Once you get into the club though, 'Loud Places' shows you've come to the right place. Definitely an album highlight, Romy sings a brilliant vocal over this sensual house track which also features a great sample and a drum break I can't help tapping along to every time I hear it.

'Good Times' is a summer smash featuring Young Thug and Popcaan, although apparently the three of them never met and this was constructed online. At first it feels a bit out of kilter with the rest of the tracks on the album but give it  few plays and you can see that it inherits the same spectrum as the others. Last but one track 'The Rest Is Noise' is another proper uplifting tune that makes me think of Orbital, and then the album finishes with the Freez sampling 'Girl'. This kind of sums up what Jamie xx does and is about - a sample from Channel 4's gangster drama 'Top Boy' with a reference to Hackney, a sample from a long forgotten track and some brand new beats and bass combined in a perfect package.

Overall then, maybe not a 10/10 (unless I grow to like 'Obvs') but a definite 9, and a shoe-in for a Mercury Prize nomination as well I reckon.