It's the last day of January so here's a mix of the tracks I've listened to most this month. Hopefully I'll do one every month and then it will make the selection of my 'Best Of 2017' tracks much easier at the end of the year! Here's the tracklisting: 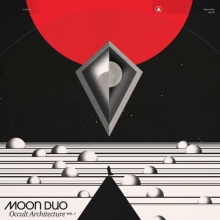 2017 will see the release of Moon Duo's fourth album 'Occult Architecture', split across two volumes, the first of which is out on February 3rd. Celebration the hidden patterns and connections embedded into life, having two separate volumes signifies the light/dark, day/night and yin/yang of everything.

So what do we get on Volume 1? You may already have heard the driving, pounding riffs on lead single 'Cold Fear', a track that gnaws at your bones like some psychedlic horror-trip soundtrack.


This album spreads its wings wider than that. There's the fast-paced, electro-riffing of 'Cross-Town Fade' which reminds me A LOT of 'Love Missile F1-11' by Sigue Sigue Sputnik - the video for that is below in case you've never heard it.

'Cult of Moloch' is a glam-rock stomp through child sacrifice, while 'Will of the Devil' is a much more open and straightforward 80s type of track. Closer 'White Rose' is the album's epic Krautrock moment, complete with motorik drum beat and phased guitars, and gives you a full ten and a half minutes to lose yourself in an alternative musicverse.

It will be interesting to see how 'Volume 2' differs when it's released later in the year, but for now this is a suitably dark and wintry half of the story.
Posted by DJ Cull at 17:02 No comments:

Recommended music: 'I See You' by The xx


Having had this album on repeat for 7 days I'm already sure that it's gonna be a contender for album of the year. It's been a long time (5 years) since the last album by The xx, and is some ways this feels more like a follow up or companion piece to 2015's 'In Colour' by Jamie xx than 'Coexist'. It's certainly the most consistently upbeat album they've put out, with some great dance tracks, while even the slower songs sound deeper but somehow less sad than before.

The few samples on here are well chosen - I'm sure you've already enjoyed singing along to Hall & Oates in 'On Hold' - and really add to the warmth of the songs. In the middle there's an (almost) solo song each for Oliver and Romy, where the pace slows a bit before picking up again as the album moves on. I particularly like 'A Violent Noise', which is a bit like a brother to 'Stranger In A Room' and like that track doesn't have any drums on it. the 1-2 of 'On Hold' and 'I Dare You' are a brilliant pair of upbeat tunes and send you on your way, via the melodic 'Test Me', to the end of the album.


I can't really exaggerate how good this record is - from the production to the tunes to the silky vocals there's absolutely nothing wrong with it at all. I bought the vinyl boxset (see pic below) which has a few extra tracks, of which 'Naibe' is the best. But whatever format you prefer just go out and buy it! 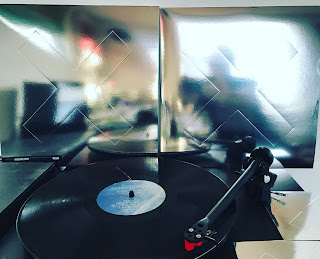 They're back - and it's about time! Damon Albarn loves a political comment, so what better time to release this scathing attack on capitalism than on the eve of the inauguration of President Donald fucking Trump. Featuring the beautiful vocals of Clemantine as well as some input from Albarn himself, it's a more mature sounding Gorillaz (for all the Spongebob Squarepants featuring video in the background). Let's hope for much more like this from him as 2017 rolls on.

Track of the Day: 'Lit' by Gidge

Taken from the album 'LNLNN' which is out today on Atomnation, this is a beautifully Scandinavian slice of crisp and clean electronica. The tracks on the new album have evolved from their last album 'Lulin', but this time the ambient shapes have been defined into a more dancefloor-oriented style.

Remix of the Day: 'Utopia (Jana Hunter Remix)' by Austra

'Utopia' is the first track from 'Future Politics', the new Austra album which is released on January 20th. Here Jana Hunter (Lower Dens) remixes it, and in doing so she somehow make me thing of Eurythmics. It's definitely got an 80s vibe to it, have a listen and see what you think.

Track of the Day: 'Wrong With Us' by Matthew Dear

Created in collaboration with Simian Mobile Disco, this is Dear's state of the nation address over a deep and dark house groove. "As time marches on I don't know what else I can do" he sings, "maybe something's wrong with us". Unfortunately he's probably right.

This track is featured on Dear's forthcoming DJ-Kicks collection which is out on January 27th through !K7. 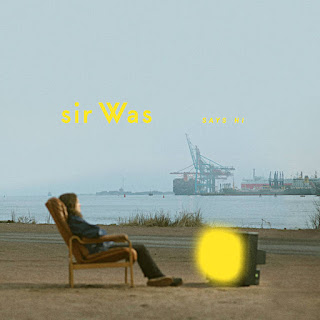 With his full length album debut due in a couple of months this is a good time for you to get to know the lush eccentricity of sir Was. Swedish multi-instrumentalist Joel Wastberg is the man behind the name - he's worked with the likes of Jose Gonzales in the past but has now found the courage to strike out on his own.

This introductory EP dropped last year and serves as an open door into his world. From the snatched of Gaelic fiddle at the start of 'A Minor Life' you're immediately taken into an indefinable genre. 'Falcon' is even better - beat driven, with spoken and sung vocals a bit like early Beck. Other things this EP reminds me of include Money Mark, Larry Gus, old trip-hop records, Ibizan sunsets and Scandinavian fjords. I can't wait for 'Digging A Tunnel' to escape in March, but in the meantime I'll have this on repeat.

Swooping in on the wings of 2017, this 10 minute, uplifting and extremely danceable remix is sure to banish the January blues. Flume's star is really in the ascendancy at the moment and this will definitely help keep up the momentum.


I can't help but be reminded of 'Wide Open', the track that Beck did a couple of years ago that was my favourite song of 2015. In case you missed it, here's the Joe Goddard mix of that track for you to listen to.

Mash-up of the Day: 'Shadow The Jewels' (DJ Shadow vs Run The Jewels) by DJ Skarface

DJ Shadow and Run The Jewels are two of my favourite acts in the world. So what could be better than a mash-up of 'Endtroducing', a snatch or two of 'The Private Press' and 'RTJ1'? Pretty much nothing, this is fucking perfect apart from the fact that it's only 20 minutes long - I could happily listen to this all day. To top it off you can download it for free so grab it while it's hot AF.

Track of the Day: 'Odd Fish' by KRTS 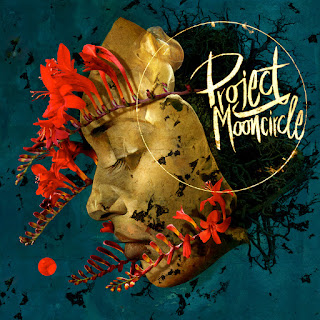 Taking from the forthcoming Project Mooncircle 15th Anniversary compilation this is a chiming, fluid track underpinned by some deep and dark bass. It's a bit like swimming over a reef which then drops away to reveal a bottomless chasm beneath you.

If you're a fan of vinyl releases you're going to love this compilation. Limited to 500 copies it contains 5 coloured LPs with over 35 tracks, in a box with a t-shirt, cd and download codes. I think I'll have to start saving up to get a copy! You can buy it here. 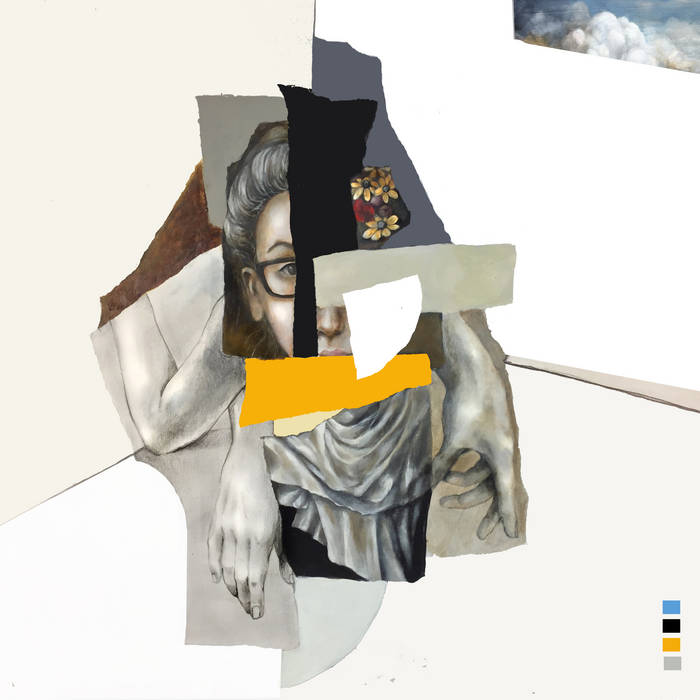 This haunting 4-track EP was released towards the end of last year on the reliably independent Audio Antihero label. It's the debut release from Jeni Magana, currently based in Brooklyn as a musician and photographer, and over the space of four songs it slowly pulls you in and absorbs you.

My favourite track here is probably 'Inches Apart', a sparse track which is mostly  just guitar and vocal and which really gives her voice the space to captivate you.

This is a really promising debut, one that leaves you disappointed with its brevity as much as satisfied with its charm. Lyrically it's intriguing - this line from 'The World Doesn't Know' is one of my favourites: "Every cell in your body belongs to the thought in my brain" - while musically it hints at the sort of depth of career that St. Vincent or PJ Harvey have carved out.

I'm hoping we'll get to here more from Magana in 2017 but in the meantime you should really give this debut a listen.