It's that time again, time for you to get your free music fix as I serve up 10 of the best legally downloadable tracks around 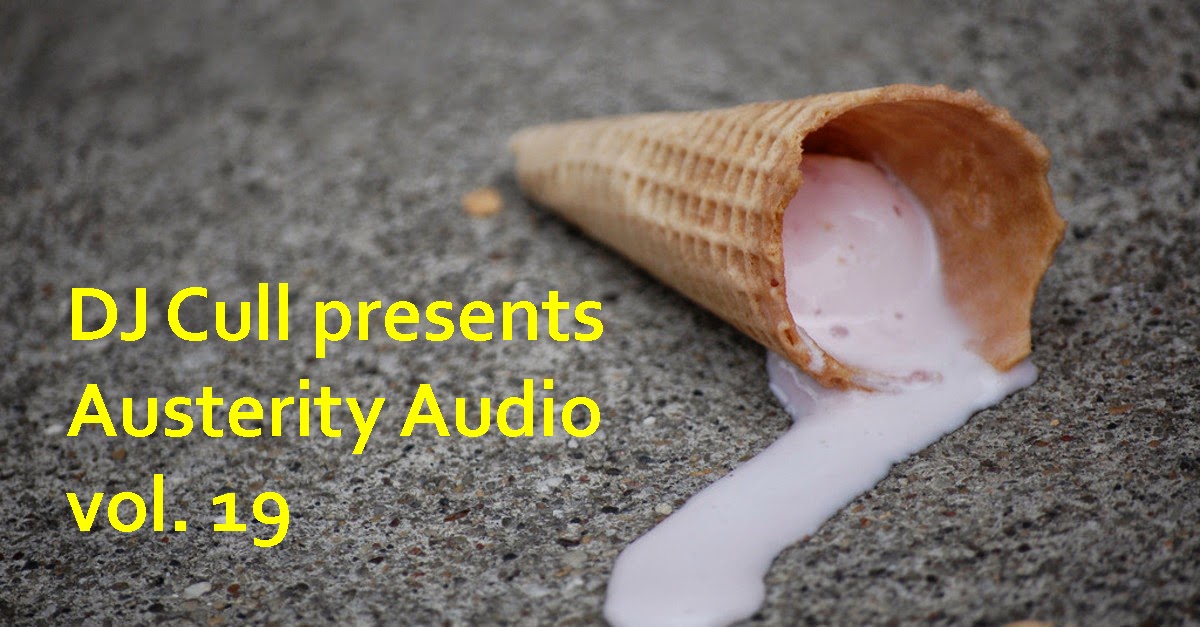 This time round it's a pretty upbeat and summery vibe to go with the hottest day of the year (in the UK at least) so grab yourself a download (just right-click on the picture above), pour yourself a cold one, and relax. And if you really like anything you hear then why not spend a few pence / cents and buy one or two tracks from that artist?  Every little helps as someone once said. Here's the tracklisting:

Remix of the Day: 'Fame (Factory Floor Dub Mix)' by The Acid

Here at Cull towers we love a good Factory Floor remix (possibly even more than we love FF's own tracks). So when you put them together with the makers of one of the best albums of the year the results are guaranteed to satisfy. As is usual with these mixes you might have to work harder to recognise much from the original, but as the track progresses there's a noticeable melody and vocal hook, albeit speeded up. Turn it up loud and it definitely does the job.

Track of the Day: 'Seats' by Funktionslust

A brand new act for you today, but they're miminal and mysterious. So what can I tell you about them? They're a duo, they're from New Cross...and that's it. The tracks's great though - what I particularly like about it is how it starts off all cold and minimal, and then they gradually decide to throw the kitchen sink at it as it goes on.

Personally I think that all this mysteriousness is getting a bit old hat, so I hope that when they come back with their next track we find out a bit more about them. 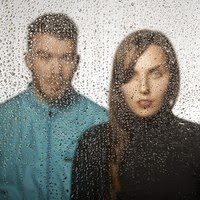 Things that remind me of other things #1: 'Busy Earnin'' by Jungle & 'You Can't Hide' by LCD Soundsystem

I've been listening to Busy Earnin' for a while now and in the back of my mind there was a nagging feeling that it felt like something else. It finally clicked today while I was playing the song (really loudly) in the sunshine. They're not identical but I reckon the vibe's pretty similar. If you're not familiar with the LCD Soundsystem track it was on the '45:33' album that they made for Nike. This version's taken from their fantastic farewell concert at Madison Square Gardens:

The Jungle track comes from their eponomyously-titled debut album, which came out this week:

Compare and contrast - what do you think?
Posted by DJ Cull at 20:44 No comments:

Remix of the Day: 'Deckchairs On The Moon (Just Kiddin Remix)' by Bipolar Sunshine

Out next week as a single, 'Deckchairs on the Moon' comes with a couple of remixes including this one by Just Kiddin. It's pretty much all you'd need to soundtrack your BBQ or beach party (it'd work on the dancefloor as well obviously, but it's too damm hot to be inside today).

I'll admit to not knowing much about Bipolar Sunshine up to this point but I'm definitely going to go and check him out as I like his relaxed vocals and general laid-back soul vibe. You can listen to the track and download it for free below.

Track of the Day: 'Realla (feat. Anderson Paak)' by Tokimonsta

The first track from Tokimonsta's up and coming mini-album 'Desiderium' is a powerfully slow-paced track. Paak's vocals are crisp and clean (he sounds quite a bit like Frank Ocean to my ears) and the musical backing matches that crispness. Sparse but effective, the keyboards and percussion give the vocals room to breath, while the trumpet stabs (which will definitely put you in mind of Kanye's 'All Of The Lights') give the track a bit of grandeur.

You can get the track on one of those 'pay what you like' deals from Bandcamp via the player below - it's well worth a few cents.

Track of the Day: 'Honey Cats' by Paul White

Regular readers will know that Paul White often makes an appearance in these pages, both for his own work and as a producer for the likes of Danny Brown and Homeboy Sandman. With a new album 'Shaker Notes' on the way on September 29th you might be expecting more of the same, maybe something frantic like 'Watch the Ants' or some lot-fi hip-hop with a new guest rapper. You might be expecting that, but you'd be wrong.

Out go the rappers, out go the majority of the samples, and we're left with something which as a result gives a much more personal take on what makes White tick. There's a swampy, murky, David Lynch-esque feel to the track, and as the sounds layer up - guitar, then crunchy percussion, and finally White's fragile voice - you're transported to some dark Delta waterfront where dodgy deals are done as ladies of the night linger in the lamplight. The saxophone that appears towards the end perfectly completes the moody atmosphere perfectly as the track slinks off into the night.

Track of the Day: 'Queen' by Perfume Genius 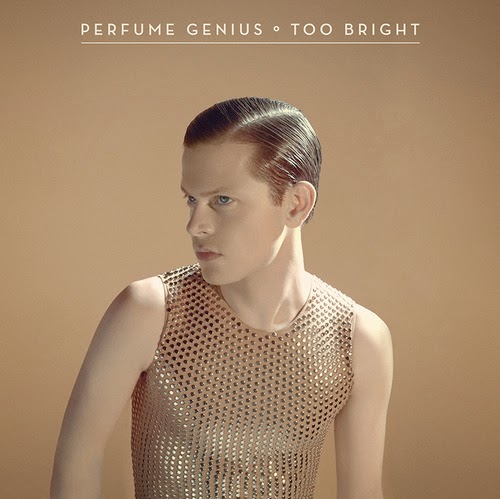 The eagerly awaited new album from Perfume Genius 'Too Bright'  has just been announced (out on September 22nd). 'Queen' is the first track from it, and it's immense. After the fragile beauty of 'Put Your Back N 2 It' Mike Hadreas seems to have come out fighting and ready to take no prisoners. This is the sound of a man confident in who he is and what he's doing. "Don't you know your Queen, gleaming, wrapped in golden leaves?" he asks (an image that he forms himself on the album's cover), powerfully pitting himself on a pedestal for all to see. The music is clear and powerful, and as the words "No family is safe when I sashay" precede a powerful instrument chorus you really can imagine him strutting up and down like Cleopatra as the world bows before him.

I'm not sure if he's found love, therapy or both but whatever it is I'm loving this new version of him bring on the album!

Update: There's now a proper video for the song. It's brilliant.

Email ThisBlogThis!Share to TwitterShare to FacebookShare to Pinterest
Labels: new music, track of the day, video

Since the change of sponsors the summer festival in Hyde Park has taken on a more boutique, genteel feel (last week's misguided booking of The Libertines not withstanding). Thankfully there was no repeat of the issues that beset The Libertine's show and the whole day passed off without a hitch.

First up on the main stage was Lucy Rose. Genuinely chuffed to be there as Neil Young has always influenced her, she engaged well with the large crowd who were watching her.

After Lucy we made our way to the Barclaycard Theatre, a venue that would more appropriately be called the Barclaycard Sauna. I honestly don't think I've ever been in a venue as hot as it was in there. By the time Phosphorescent came on we'd all last about half a stone, but despite the conditions they played a great set that was really appreciated the the packed crowd.

Heading back out into the fresh air, my plan was to watch Tom Odell just to get in a good position to see The National, but his show was a bluesier, rockier one than I imagined and it was definitely worth watching. There's no denying that 'Another Love' is a pretty massive tune.

The National were billed as playing a 'full set', but in actuality they only had 75 minutes. So we were a few songs short, with no acoustic version of 'Vanderlyle...' to close with, but they still managed to pack in 17 tracks. Matt took his usual detour into the audience for 'Mr. November' and finished by throwing his ice bucket off the stage and smashing what was left of his bottle of wine by throwing it high into the air as he walked off.

Despite the ages and ailments of Crazy Horse (broken bones last year, a minor stroke this year), Neil Young continues to drag them round the world, and it's easy to see why. You can see the enjoyment he gets from playing opposite Poncho Sampedro, in fact he seemed to be having a great time all evening, going as far as to dedicate 'Only Love Can Break Your Heart' to all the 'sad bastards'. The set was a mix of new and old, with some rarities in amongst the crowd favourites. Solo acoustic versions of 'Blowin' In The Wind' followed by Heart of Gold' provoked a mass singalong, but the high point of the night was undoubtedly the near 20 minute closing version of 'Down By The River', which frankly was worth the admission price alone. Young is a legend who's written some of the all-time classic songs which he can still play and sing note-perfectly live, and watching him live is a really special thing, it almost feels like an honour to be there in his prescence. Here's the setlist: Track of the Day: 'Lights Low' by Rome Fortune (produced by Four Tet)

The second collaboration between Fortune & Four Tet (click here for the first one) features a rolling, oscillating keyboard backing and some pretty crunchy percussion that's very much in keeping with Four Tet's current musical output. Over the top of this Rome Fortune weaves his rap magic, at times sounding not a million miles away from Yeezy, although with a bit less ego.

This seems to be a pretty inspired pairing, and hopefully there' more to come from the two of them. In the meantime you can get this one for free below.