Recommended music: 'Kite Without A String' by Beach Moon/Peach Moon 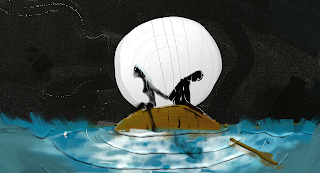 Another release from the bijou Paper Trail records, this hazy, gently lo-fi record will slowly drift into your consciousness. Full of warmth and tinkling melodies, it's an album that never outstays its welcome but makes the most of the time it has with you.

Starting life as a solo vehicle for Robert Prisco from San Francisco (I love how that rhymes), but since expanded to a full band, at its heart Beach Moon/Peach Moon revolves around Prisco's high, softly-sung vocals. Like Mercury Rev's Jonathan Donahue but with less angst, he subtly swoops through the tunes, using his voice as an integral instrument within the overall set-up. Meanwhile the lyrics are full of missed opportunities and stolen moments that fit well with Prisco's world-weary delivery. "Thoughts are fleeting, seething through my barren bones" he sings on The Fog, one of many references to the natural world and our environment. On 'Firefly Stars' he tells us how "She filled my sky a deep dark indigo, That's how I saw how bright the moon was", before moving on to the end of the relationship on the title track: "I'm not mad at you, I'm just sad at us".

Overall then it's a wistful but not downbeat album, full of touching moments and hidden pleasures. Well worth a listen. 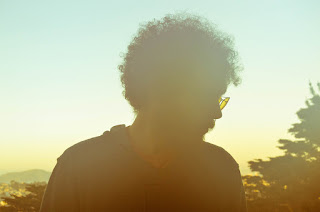 Remix of the Day: 'Rainbow (Club)' by Romare

Out on Monday, this epic new version of one of the standout tracks on 'Projections' keeps the funky bassline but updates the 70s disco tribute to fit in today's clubs. I love the little snatches of piano at the start, the way the track builds with hints of vocals and then the bass kicks in to get you strutting across the floor. Take a listen below. 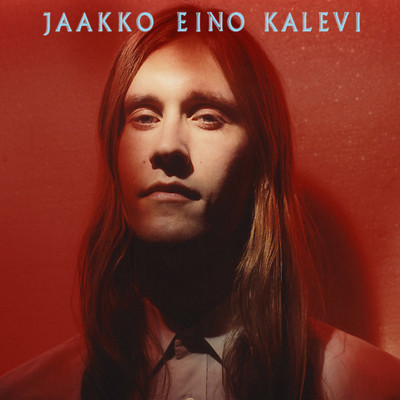 New out on Domino imprint Weird World Records, the debut album from Finnish ex-bus driver  Kalevi is a cool breeze blowing through various strands of electronic based music. I'm not sure what he's sinking about himself in the first track 'JEK' (my Finnish is a bit, well non-existent) but you have to admire him for opening up his first lp with a that as the subject matter. 'Double Talk is up next and it's a smooth indie pop track with a hint of Smashing Pumpkins' '1979' about it. It's followed by 'Deeper Shadows', which, like a few of the tracks, features extra vocals from Suad Khalifa. It's also got a riff like an early Jean-Michel Jarre melody thrown in for good measure.

'Say' is a little bit funkier & definitely reminds me of one of the minor synth-pop bands from the 80s, although I can't quite put my finger on which one. Next is 'Mind Like Muscle', a deceptively bouncy number that would suit a train ride across the Finnish tundra, with a glacial guitar solo at the end. The halfway point is reached with 'Night at the Field', full of brittle, brisk guitar and softly-sung vocals.

There's a laid-back, lounge crooner feel on 'Don't Ask Me Why' that definitely suits him, and kind of makes me wish for a whole album of songs from him in this style. 'Room' is a sultry slow jam that shows JEK has got the songwriting skills to pen a massive hit, maybe for someone else, if he wants to. Then 'Hush Down' steps up the indie-funk and provides a brooding soundtrack for you to shuffle across the dancefloor to.

This leaves us with closer 'Ikuinen Purkautumaton Jannite'. Like a John Carpentet or Cliff Martinez soundtrack this takes you on a cinematic journey, while an enigmatic female narrator tells a story. Halfway through the pace picks up as the journey takes flight. A saxophone appears and we're on the run from persons unknown. It's a great way to finish the album and I'd definitely like to hear more of this sort of stuff from him.

In some places on the record there are hints of fellow Scandinavian Todd Terje; not so much in the beats but maybe in the feel and style of what he's aiming for. A few tracks also remind me of Night Works so if you like this you should check them out to.

The album is out now, and there's a particularly nice vinyl version with a bonus 7" and a comic if you can track it down.


PS a disclaimer: I've listened to this 4 or 5 times but when I came to write the review my headphones broke 2 songs in. Most of this is therefore based on what was in my left ear, so if something startling happened in the right channel I might've missed it!
Posted by DJ Cull at 13:04 No comments: 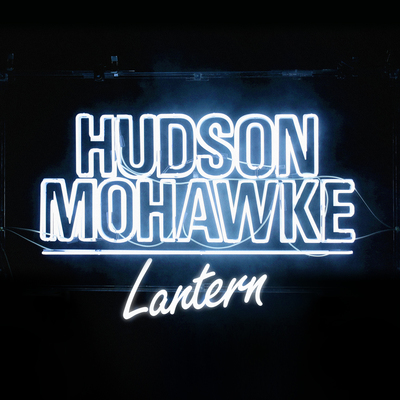 If you've already written this off as an album of brainless bangers and cheesy tunes (as at least one of my friends has) then you've made a big mistake. Sure, there are massive dancefloor fillers on here, but they're done with a certain style and panache that eludes most of the chart fodder these days. There are brilliantly used samples (on 'Ryderz' and 'Brand New World', which samples Five Star of all people), and some great vocal appearances from Irfane (on 'Very First Breath') and Miguel (on 'Deepspace').


There's much more to it than that though, as the beautiful 'Indian Steps' will prove. With guest vocals from Antony Hegarty (from Antony & the Johnsons) this is an intense love song, where the emotions are amplified by the beats underlying Hegarty's luscious voice.

Meanwhile 'Kettles' sounds like nothing less than an overture, and 'Lil Djembe' is experimental and sounds a lot more like some of the other artists on Warp than the rest of this album.

'Scud Books' proves that he can still write something as massive as 'Chimes' if he wants to, and 'System' is another of his trademark massive tunes, but the whole album shows that there are plenty of weapons in his armoury and he's not afraid to use them, whether as a producer for the likes of Kanye West or for his own releases.

Like some futuristic imagined nightmare of 23rd century slavery, the debut album from Algiers bridges old time gospel music, protest songs. blues, soul and sampling to create an ominous, brooding vision of what we might become. The twin pinnacles of Franklin James Fisher's soaring vocals and Lee Tesche's scything guitar are underpinned by a deep, rumbling bass from Ryan Mahan. Together they combine with an almost religious fervour, provoking your feet to move and your brain to think at the same time.

It reminds me a bit of Young Fathers in terms of attitude and power (imagine them making a sequel to Moby's 'Play' and you'll get a sense of what this sounds like) - it's not often that a record comes at you with such intensity that you feel pinned back into your seat and forced to listen to it, but that's what happens here.

To pick out any one track is to do the others a disservice - 'Blood' is probably the most immediate, and 'Black Eunuch' is the track I first heard that drew me to the album, but it's very much a record that should be listened to as a whole so you can soak up the atmosphere - it's like being transported to the deep South, you can feel the heat and sense the simmering tensions.

If you can't find something in this record to interest you then you probably shouldn't be reading this blog - it spans so many genres that unless you listen to black metal 24 hours a day you'll find it worth hearing. Buy it now!

Algiers - "Blood" from Algiers on Vimeo.