So this time last week I was standing in front of the Pyramid Stage watching Jack White play like a man possessed (seriously, I wouldn't mind betting that he's followed the same route as Robert Johnson after meeting the devil at a crossroads one night). It's a few days since the dust (or mud) has settled and I can honestly say that I had a great time. Despite the rain and the storm, despite the fact that I burst my inflatable mattress in the middle of the night, despite the toilets, despite the mud, it's true to say that there really is nowhere on Earth like Glastonbury. From the political debates on the Leftfield Stage to the Crow's Nest up the top of the Park, from Miss Dolly Parton on the Pyramid Stage to Jagwar Ma on William's Green and all points in between, the people and the places make it a brilliant experience. I definitely want to go back at some point, and maybe try out some others like End of the Road too. Here's some photos from last week.

So last weekend the sun was out and it seemed like a good time to get the tent out for the first time and see how easy (or not) it is to assemble. Having taken it out of the bag and unrolled it the first thing that struck me was that it would be practically impossible to get it into such a neat and tidy state ever again. Anyway, I took out the instructions, started the stopwatch and set to putting it up. It said 10 minutes on the pack, which I knew was optimistic, but 33 minutes later it was up and ready, which I thought was pretty good for my first attempt. The thing that struck me most was how hot it was inside after just a few minutes - but that doesn't mean I don't want it to be sunny at Glastonbury!

Later on I started the stopwatch again and took the tent down - just 15 minutes later it was all zipped away back in the bag; it was a tight squeeze but it just about went in (as the actress said to the bishop).

Just 17 days until we're there!

Part 4 - Nothing Else Matters

So, the (not very well kept) secret is out - Metallica are the final headliners to be announced. As expected, this has led to the usual slanging matches on the internet, with both sides taking up strong positions. Amidst all the brouhaha let me offer up the following observations:


Right, I'm off to start colouring in boxes on the Clashfinder - see you in Somerset in 47 days' time!

Part 3 - If you could vote for Sunday night's closing act, this would be my choice

What more could you want to close out the festival than a bit of Prince and whatever band he's using at the time - The New Power Generation, Third Eye Girl or whatever, just bring it on!

Part 2 - It's all getting a bit in-tents

As I mentioned in Part 1, I've never spent even a single night under canvas. So having got myself a ticket for Glastonbury, the next thing I need it to get kitted out with the requisite camping equipment. I asked my aforementioned ticket-buying friend Dean, as well as some experienced festival goers, for advice, and what I got was a set of conflicting instructions which included:


That wasn't the most useful advice I've ever had, but I tried to pick my way through it and went to the local camping store (Camping & General on Canvey Island) where they had a massive selection, most of which were erected so you could see what they were like. A choice was made, and lo and behold what do you think was waiting for me under the tree on Christmas Day? That's right,, this little beauty: 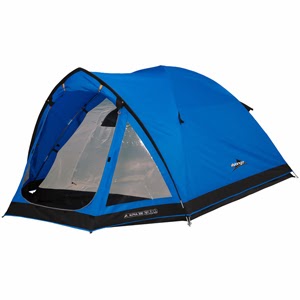 The Vango Alpha 300 - a 3-man, non-pop-up tent with its own porch that apparently can be erected in less than 10 minutes (I assume that's in the dry by an experienced camper, not in a howling gale and pouring rain by a Glasto virgin, but we'll find that out in June). I also got a sleeping bag, a torch/lamp, a rucksack, an airbed and a thermal mug so I'm pretty much sorted (unless it rains!).

Line-up update: Arcade Fire have been confirmed as Friday night headliners (which I can take or leave tbh) - rumour has it that they're a replacement for Fleetwood Mac...


Part 1 - What do you mean, 1 million people have registered?

Despite my not so tender years, I've never been to the Glastonbury Festival. I've never even spent one night in a tent anywhere before. But having watched it on the TV for yet another year, I finally buckled and decided that the time  had come to experience its many charms. And so a plan was hatched, with a friend of mine who's the same age as me, but only started going himself 2 or 3 years ago. Knowing how hard it can be to get tickets, we decided that we'd try for Glastonbury, but if we couldn't get tickets then we'd go to Latitude Festival instead (which, being nearer, and smaller, probably suited me better anyway).

And so on Sunday we, like hundreds of thousands of other hopefuls, were hunched over our computers ready to feverishly star pressing 'F5' at 9 am. I myself had 2 laptops fired up, each with a couple of different browsers, and my iPad on hand to communicate with the others who were trying for tickets for our group. Like many, I suffered the full force of See Tickets' incompetence - half an hour where no-one could get through, followed by regular trips to the holding screen which, when it auto-refreshed, kicked me out again.

I was resigned almost from the start to not going, But the pagan gods of Somerset were smiling down on us, or more particularly on my friend (we'll call him Dean, as that's his name). He'd gone into work so that he could fire up a number of computers, and keep moving between them refreshing the screens. And despite some complicated goings-on with a miss-typed postcode, he managed to get us tickets. The deposits were paid, and after a brief but agonising wait the confirmation email was received. So that's it, I can't back out now. In just over 8 months' time I'll be on the farm with 120,000 strangers, all having the time of their lives. I thought I'd start this new page to record random thoughts in the build up to, during and after the event, so come with my on the journey.


What we'll probably get: