Track of the Day: 'Kwame Nkrumah' by Kojey Radical

This new track from one of Britain's brightest new talents is probably his best track yet. It's a tribute to both his dad and the titular Mr Nkrumah, who was the first President of Ghana and who led the country to independence. I especially like the bit where he shouts out "They look at me like the winner now".

Kojey has described this as "A soundtrack to human resilience...something that young minds and forward thinkers could rally behind". It's definitely a powerful theme and its great to hear such a positive message being conveyed.

Track of the Day: 'Lately' by Polica

The third track to have appeared from Polica's third album 'United Crushers' is a more downbeat affair than the first two. Having seen them play most, if not all, of the new album live at Village Underground on Monday night I can say that there are some fairly banging tunes on there with some heavily distorted vocals. This is a more straightforward track but it does nicely show off Channy's vocals and their knack of writing a good tune.

The album is out on 4th March on Memphis Industries (UK) and Totaly Gross National Product (US).

With a new album due out in the Spring, long-time DFA artist Shit Robot has unleashed this hypnotic, driving track which is matched with a suitably driving video. I love tracks like this that gradually build layer upon layer of instruments, this is exactly how I like to put things together when I'm making remixes.

It all bodes well for a classic new Shit Robot album this year.

Recommended music: 'The Life of Pablo' by Kanye West

The title changed four times. The tracklist was re-written over and over again. Even after it was launched on Thursday it still took another 2 days (and yet more changes) to be with us. Now that it's finally here (and by here I mean exclusively on Tidal, at least for the next week) what can be said about 'The Life of Pablo'?

In the sonic sweep of Kanye albums, it probably sits somewhere between 'My Beautiful Dark Twisted Fantasy' and 'Yeezus', with a bit of '808s & Heartbreak' thrown in for good measure. As you might expect from a record that's been worked and reworked for so long, it lacks something of a central vision, an overall sense of purpose - unless that purpose is just to convince you that Kanye absolutely just makes the records he wants to make and he really, really doesn't give a fuck what you think about that. Like his last two albums, it'll take a while for the bulk and scale of this to sink in - there are 18 tracks, guests ranging from Kirk Franklin to Rihanna to The Weeknd, and a whole heap of producers that will take a month of reading through the credits to work out. Take Hudson Mohawke, who said this morning that he produced Famous, Freestyle4, Waves, FML and "potentially a couple of others depending how the credits lottery works out". Currently he's not got a credit for Famous, so it'll be interesting to see if that changes on Tidal any time soon.

You'll have heard some of these tracks already I'm sure, while others have been the stuff of rumour and legend for some time. Opening with 'Ultralight Beam' is a bold powerful move which totally pays off. The track that sounds most like his recent singles, it backs up Yeezy's quote about this being his 'gospel' album. It's uplifting and glorious and surely proves his credentials as a legit composer for once and for all. The fact that he follows it with some of the usual cringe-worthy lyrics on 'Father Stretch My Hands Pt 1' just proves his flawed genius. 'Pt 2' is much better and is back more in Teezus territory. A brief moment follows that sounds like 'O Superman' by Laurie Anderson before Rihana does her stuff on 'Famous', which sounds more like a Jay-Z cut than a Kanye track (dodgy lyric about Taylor notwithstanding).

'Feedback' is a bit of a throwaway but features the first mention of Pablo on the record (which one indeed?). 'Low Lights' is a God-focussed preview to 'Highlights', which is definitely about Yeezus rather than Jesus - again these two track show that West could teach a lot of current r'n'b producers about how to make a good track. Ironically the rap of 'Freestyle4' is nowhere near as good as the knowingly meta lyrics of 'I Love Kanye' - 45 seconds evidencing that he does have a sense of humour, even if it's misunderstood a lot of the time. Honestly, no-one else could get away with a track like that - haters will hate him even more for it but like I said, he doesn't care.

It was worth holding the album up for a day to put 'Waves' back on it as it's one of the best here, with great production from Hudson Mohawke. In contrast 'FML' seems less than the sum of its parts - there's nothing wrong with what Kanye & The Weeknd do with it, but there's no real spark to it. You'll probably here a lot of it though as it seems tailor-made for joint appearances at award shows and the like. The last minute of it, with the sampled and distorted vocals, is pretty good though.

'Real Friends' is another of those darker beats that he does so well these days, although the lyrics aren't as good as they might be. It's good to hear the return of Frank Ocean on 'Wolves', a track which is a great example of how a little less bombast can sometimes make a song a whole lot more powerful.


'No More Parties In L.A' (on the album, then off, then on again) which features soon to be multiple Grammy winner Kendrick Lamar, is a more 'old skool' hip-hop track than Kanye's made for some time. '30 Hours', which precedes it, couldn't be more different in feel and is definitely one of my favourite tracks on the record. With a brilliant Arthur Russell sample it feels like a proper 21st century rap record. The record ends with a proper house beat, sampling Louie Vega on 'Fade' and you're left reflecting on the journey you've taken to get from Ultralight Beams to here.

Overall then, it's a bit muddled, mostly great, occasionally brilliant and partly puzzling. Sounds a lot like a description of West himself doesn't it? Not so much the life of Pablo, more the life of Kanye perhaps.
Posted by DJ Cull at 13:46 No comments:

Recommended music: 'The Gambler' by Nonkeen 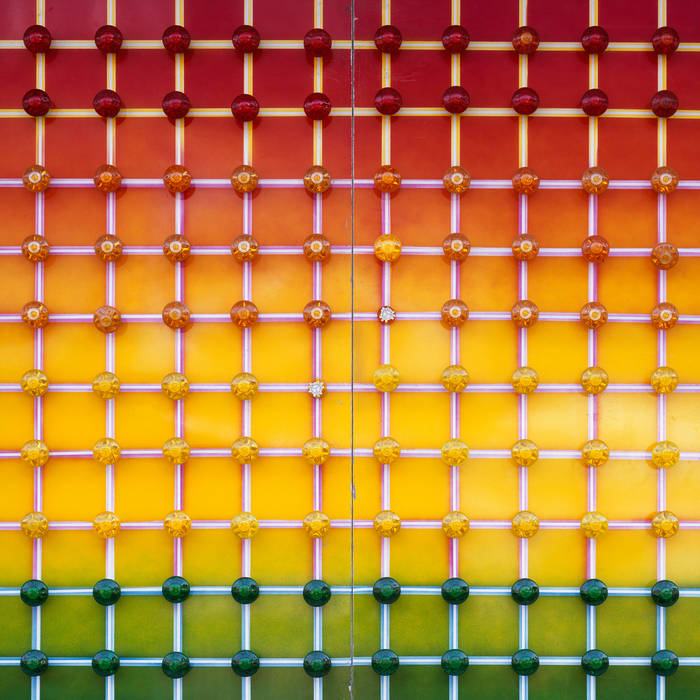 The first couple of listens to this (on the train, with headphones) left me a bit ambivalent about it. But then the vinyl arrived and something clicked with me. Listening to the record seemed to open up the analogue warmth of the original tape recordings. Recorded over many, many years by 3 lifelong friends (of which the most famous is Nils Frahm) the final product is the result of hours of material using primitive equipment and single-take sessions. These were sometimes processed and over-dubbed, and at others left raw and original.

The album flits from trip-hop ('Saddest Continent On Earth') to Krautrock ('Ceramic People') and on into ambient territory, all the time retaining an organic feel and flow that enables you to really drift away with it. Although sonically it might be quite removed from Frahm's usual solo work I'm sure it will apeal to lovers of his previous material. For me he can do no wrong and it's good to hear him in this group environment - I imagine these tracks will develop further when they play them live as a band in the forthcoming months.

It's worth mention that if you get the vinyl you get an extra track (which takes up the whole of side D). The record comes with a download code for the digital version of the album as well, so it's worth the investment in a physical copy.

'The Gamble' is out now on R & S Records - you can stream and and follow the purchase link below.