In pictures & videos: Lanterns on the Lake & The Pattern Theory live at The Lexington, London 22/11/11 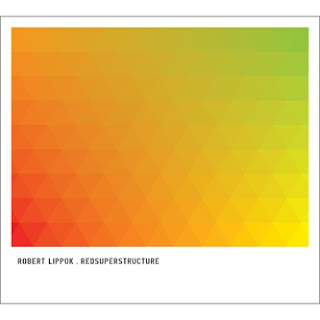 A stunning solo album from Lippok, the front man of To Rococo Rot. The album is based on a live set he played in September 2010. He subsequently re-shaped and re-recorded the material, producing an album that is sonically challenging and at times brutal, but also atmospheric and moving. From the pounding, morse-code rhythms of 'sugarcubes' to the almost deep house-like 'nycycle' the album manages to move your head and your feet at the same time. In contrast there are shorter, more ambient pieces here as well, and the album closes with the epic 14 minute 'daylightastronomy', which mixes hisses, scratches and blips with some gentle harp.

It's a futuristic-sounding set that should appeal top lovers of all types of electronic music, and it's going straight on my 'albums of the year' pile. It's out now on Raster-Noton records.
Posted by DJ Cull at 08:24 No comments:

DJ Cull's Friday Top Ten - 18/11/2011 by Dj Cull on Mixcloud
Here's this week's mix of top new tunes - 17 of the best, from electronic and dance through to indie and alternative, it's all here. You can get 8 of these as free downloads, the links are below.

Here's 3 new remixes from The King of Limbs. Apparently they weren't done in time for the 12" releases, but you'll be able to buy them digitally from Monday. I'm pretty sure that Thom Yorke played at least one of these on his BBC 6music show the other week. The mixes come from Jamie xx, Anstam & Nathan Fake.

The band have also announce their first European shows for 2012 in Italy and Berlin, let's hope the UK follows!
Posted by DJ Cull at 11:33 No comments: 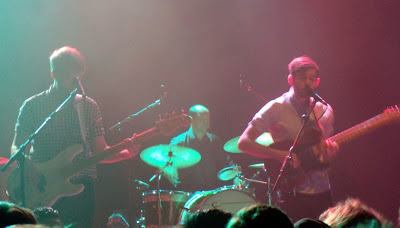 An absolutely stunning show at Koko last night as The Antlers played what they described as 'their most magical show in the UK'. 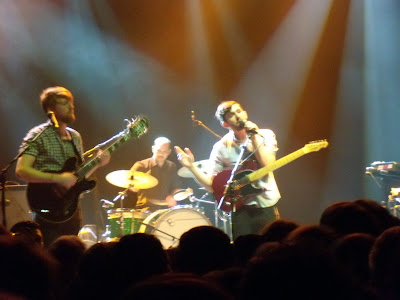 They closed the main set with a brilliant version of 'Putting The Dog To Sleep', my favourite track from 'Burst Apart'. You can watch the song below.

Track of the Day: 'Ahora' by Daphni

Better known as Dan Snaith from Caribou, this great new tune has just been released on Amazing Sounds Records. It's a mellow, laid-back, spacious dancefloor groover - play it loud!
Posted by DJ Cull at 09:14 No comments:

Email ThisBlogThis!Share to TwitterShare to FacebookShare to Pinterest
Labels: dance, electronic, track of the day

Track of the Day: 'Radio' by Batwings Catwings

OK, I'll admit to the fact that it was the band's name that first caught my eye, but this is a pretty good video for a pretty good track. Have a look and let me know what you think.
Posted by DJ Cull at 20:34 No comments:

Email ThisBlogThis!Share to TwitterShare to FacebookShare to Pinterest
Labels: track of the day, video 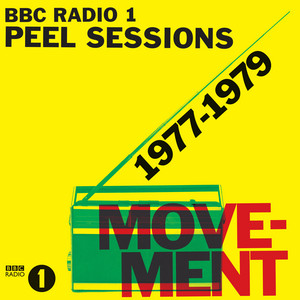 The fruits of a new partnership with the BBC, 'Movement' is the first cd in a planned series of Peel Session compilations. This album gathers up 41 seminal tracks from one of the most influential periods of music - you can't really say that it was from Peel's peak, as he was constantly riding the crest of a wave of new music, but just look at the years covered and you know you're in for a treat.

All of the bands that defined this era are here, and then some. New wave, post punk, Two Tone, the genesis of electronica & new romanticism - you name it, this album's got it covered. Things were moving so quickly that the range of bands feels like it covers a much wider span of time - who'd have thought that Dr. Feelgood & John Cooper Clarke were only 2 years apart from OMD & Simple Minds.

It will be interesting to see how future cds are themed, and whether they'll cover such a short span of time. For now though, this is definitely one of the best compilation cds of the year - an essential purchase.

DJ Cull's Friday Top Ten - 4/11/2011 by Dj Cull on Mixcloud
Here's this week's podcast - put your headphones on, press play and enjoy! There are 14 tracks this week, with 4 free downloads, the tracklisting is below.