The new album from Son Lux sees Ryan Lott expanding the band to a trio. Having originally added Ian Chang and Rafiq Bhatia to flesh out his live sound, he soon realised what a great combination they were and how well they worked together creatively, and hence this album is a full collaboration between the three of them.

You can feel the power of three throughout the album - Lott's voice is still the distinctive centrepiece of the tracks, but the sound is broader, more fleshed out. In places surprising (as when the melodic chorus of 'This Time' give way to crashing guitars, or in the offbeat rhythms of 'Undone', or the stroming end of 'White Lies') the record maintains the innate sense of melody and emotion that has characterised all of his releases. And talking of surprises, if you never expected them to have a video featuring a bona fide tv star, then check out the visuals for 'You Don't Know Me' below, featuring Tatiana Maslany from the excellent series Orphan Black.

This feels like the most mature Son Lux record to date, but also points the way to further development and expansion. I can imagine that once they take these new songs back out on the road they'll sound even bigger and better.

You can see Son Lux performing at the Visions Festival in London on August 8th (I'll see you there). In the meantime you can stream and buy the album below. 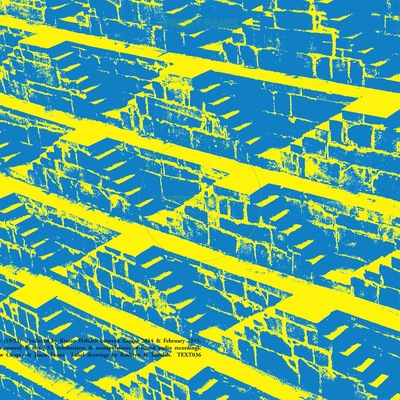 It's Friday, which, according to the worldwide record label overlords, is apparently now the day on which new albums are released. And so on this gloriously sunny day comes this wondrous new release from Four Tet. As with the best of Kieran Hebden's releases it's hard to pigeonhole it into a specific genre. Even though there are only 2 tracks (a Morning Side and an Evening side) there's a whole range of music on dispay. If it wasn't such a dirty word I'd be tempted to call it 'world music', not just for the samples from the Indian sub-continent but also because it's the sort of music that really can be enjoyed by anyone in the world, transcending cultures or creeds to create a really spiritual piece of music. You could maybe even call it 'prog', given its concept and its 2 twenty minute tracks.

The Morning side draws you in slowly and gently, rousing you from your slumbers and bringing you alive. As the vocal sample rises in the mix you'll feel the sun rise on a new day, as layers or found sound and synthesizers combine. The Evening side meanwhile starts equally slowly but in a more electronic vein, building bleeps and analogue chords, mixing them with more Hindi samples and blending them into a Balearic sunset. The samples then subside as the track dips and then rebuilds with characteristic Four Tet bleeps and some surprisingly live-sounding drums before adding some crunchier beats towards the end

If you could only take one album on holiday with you this year then this should probably be the one - it's made for heat, haze and sun. Have a listen below.

Arriving perfectly in time for your summer holidays, 'Island' is the sound of beach, sea and sunshine encapsulated in vinyl. From the moment that 'Tendacayou' starts up you're immediately transported to a hazy, shimmering world of heat and light that evokes that feeling of the sun warming your bones as you escape the world.

Recorded in Guadeloupe over 12 weeks using a host of portable equipment, Ruf Dug's first album for the Music For Dreams label is perfect for whatever island you may be heading to this year, whether that's somewhere lonely and deserted, or somewhere more hedonistic like Ibiza. Influenced in part by Wally Badarou's work at Compass Point Studios in Nassau, there are also other lineages on display here, in particular on the first two tracks. 'Tendacayou' is very reminiscent of somvee of the ambient records that The Art of Noise made (particularly their cover of 'Robinson Crusoe'), while 'Speedboat' has more than a hint of John Carpenter. 'Mangrove Dub' also has that Art of Noise feel, while the album's stand-out track 'Le Rayon Vert' could easily have been included on any Cafe del Mar compilation. Steeped in Balearic sunrises it features the guest vocals of Nev Cottee, and is pretty much guaranteed to be included on any mixtapes I make for the rest of the year.

It's not entirely successful, with the noodling 'Mosquito' being the most disappointing track here, but overall it's a pretty great soundtrack for the summer.

'Islands' is out now on double vinyl, and you can stream the whole thing below. BTW, big shout to the team and Wax and Stamp for including this in their package this month - I doubt I'd have heard it otherwise.

Because it's Friday afternoon I'm feeling a bit more accepting and relaxed of stuff I might not normally like, and so I give you this. McGregor was recently in the official video for 'Hourglass' and now there's footage of him doing an acoustic cover of the song for you to contend with. He fits the role of an acoustic troubadour pretty well actually, playing the guitar, clearing his throat and slightly fucking up the last verse - in another world I reckon he'd have made a pretty good frontman for an indie band.

Video of the Day: 'Misty Maker Stomp' by Jouis

This track found its way onto my radar via the excellent new service from Flying Vinyl. For your monthly subscription they'll send you a box of 5 singles, all new music from emerging artists.

This excellently trippy number is reminiscent of '60s Pink Floyd and other psych nuggets from that era. Meanwhile the animated video reminds me a bit of some of the cartons created for Floyd's 'The Wall', especially the way the plants grow.Take a look and see what you think of it.

Track of the Day: 'Did You See My Skin Through The Flames' by Blood Orange

A new track from Dev Hynes is always cause for celebration, but this 10-minute opus is really something else. Although it's not on his next album it covers the sort of themes he's tackling, as it investigates issues of race, slavery and Hynes' own heritage. Mixing jazz with spoken word and funk it really does take you on a journey through his mind. If this is anything to go by then his next album could well be a masterpiece.