A fresh remix from the brilliant eponomously-titled album from Nigel Godrich's Ultraísta. On this mix UK duo Maribou State take the original and make it a little darker, a little deeper, a little warmer and a little fuzzier, resulting in some hazier dayzz than you heard it first. I've listened to it a lot today and I much prefer it to the original (which was pretty good to start with).

You can listen to the track, and download it for free, below.And if you haven't checked out the album yet then you really should.

Occasionally a guitar-based 'rock' album comes along that for a minute makes me want to throw out all my electronic records, pick my electric guitar back up and just rock out. In the past few weeks not one but two albums have had that effect on me. 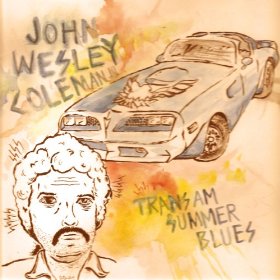 The first is 'Trans Am Summer Blues' by John Wesley Coleman III, a name that's new to me but who'll I'll definitely be looking to see on tour if he comes to the UK. It's a proper balls out rock'n'roll record that wears its heart on its sleeve and its soul in a glass of bourbon. Recorded during a time of personal loss (and I'd imagine a few 'lost weekends' as well), this is the antithesis of pretentiousness.

The two standout tracks are the 2 longest (by far) on here. 'Million Faces' sees Coleman singing his heart out and sound not dissimilar to Axl Rose, and ends with the best guitar solo I've heard on a record this year. The title track 'Trans Am Summer Blues' sees him with his tongue in his cheek as he name-checks the likes of Dennis Hopper, Sailor Jerry & R. Stevie Moore, along with a (possibly genuine) request to open for the Fiery Furnaces. It's a brilliant contemporary blues track that even manages to pay homage to / take the piss out of  'The End' by The Doors (I'm not sure which).

With the exception of closer 'Box O' Donuts' (a surprisingly heartfelt acoustic ballad) the remaining tracks are all sub 3 minute rock'n'roll songs which will undoubtedly engender much dancing / po-going when he plays them live. 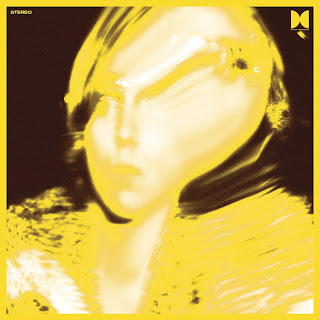 The second album is 'Twins' by Ty Segall. This is not the first album I've bought by Segall (hell, it's not even the first I've bought this year, this is the third album he's put out in 2012) but it's by far the best thing he's done in ages. Segall's album is a slightly darker, more menacing affair then Coleman's, but there's a good balance of light and shade on display here. The inclusion of Brigid Dawson on vocals on 'The Hill' adds a 60s vibe to the proceedings while 'You're The Doctor' channels The Ramones. Elsewhere there are hints of Iggy Pop and glam rock (and even Lenny Kravitz on 'Who Are You), while my favourite track 'Handglams' is a downbeat bluesy rocker straight out of the early seventies with a scorching guitar ending.

Both of these albums are guaranteed to blow away the cobwebs, so grab one or (preferably) both and play them LOUD!

'Trans Am Summer Blues' is out now on Tic Tac Totally records and 'Twins' is on Drag City.
Posted by DJ Cull at 17:50 No comments:

Track of the Day: 'Tougher Than a Soldier's Boots' by Songs For Walter

Altogether more lovely than you might expect from a song inspired by Louis Theroux's programme on religious extremists the Westbro Baptist Church. Songs for Walter are the alter ego of Laurie Hulme (and are named after his grandfather), and here Hulme has created 170 seconds of shimmery indie pop that deserves regular plays both at home and on the radio. You can download the track for free below. 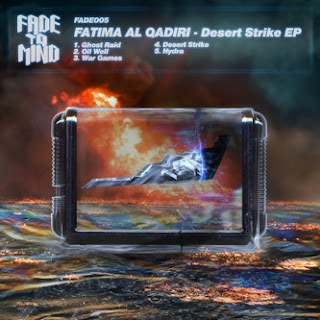 You might remember Fatima Al Qadiri from the excellent 'Warn-U' EP that she put out last year as Ayshay. Now she's back under her own name, with an EP named after, and inspired by the Sega Megadrive Desert Storm game that Fatima used to play with her sister while they were growing up in Kuwait.

As you might expect from its influences, there are undertones of war and religion on these tracks, and an eerie feeling of the calm in the eye of the storm. 'Ghost Raid' starts the EP off with the most beat-driven track here, a skittery percussion-led piece that feels a bit short - you feel it could go on building and building but it stops too soon.

'Oil Well' features the sound of a rifle being loaded and fired as part of its percussion, while a spectral voice oohs and aahs the melody. 'War Games' ratchets up the beats as well as the oppressive feel, with deeper voices underpinning a track that gets more involving as it progresses, adding more synths and even a snatch of organ before the end.

The title track is the most powerful on the record, perfectly marrying the sound of drums with keyboard riffs and manipulated vocals to produce something that provides a nagging sense of dread, like the feeling someone is following you home on a dark night but you can never see them. On the flip side the final track 'Hydra' is much more upbeat. If you added a nifty beat it could easily be something that Jamie xx had put out.

'Desert Strike' is out now on Fade to Mind records. You can listen to the whole EP below.