Why do people like to look back; over the year, or over a decade, or even their lifetime? There's some comfort to be found in 'a remembrance of things past' I guess, together with the fact that sometimes it's hard to imagine a future, or at least a future that you want to be part of. So I've jumped on the decade review bandwagon and thought about the 10 records that had the most impact on me personally. There's no scientific method to this - some are records I'm still in awe of, some changed my opinion of the artist, and some I just played the hell out of. You won't agree with all of them (maybe not any of them) but that's just the way with opinions - everybody's got one. So here's mine.

It's a masterpiece, there's no other word for it. Even if you took all of the raps off it, it would still be one of the best instrumental hip-hop albums ever made. The depth and breadth of samples used are just ridiculous, the list of credits for each track are insane. Then you add in the vocals - Kanye's are the usual mix of greatness and cheese but each of the guests really ups their game. "$50k for a verse, no album out?" spits Nikki Minaj, a moment of truthful bragging during 'Monster' on a track that also features Jay-Z, Bon Iver and Rick Ross. Yes, that's just one track. Even if you've never listened to this album you'll recognise a lot of the tracks, as their power and pomp has been used in adverts and films ever since. Kanye will never make another album like this (for a number of reasons) but that's ok - we've got this one and that's all we need. 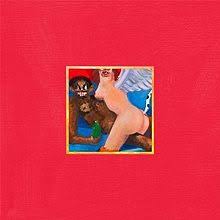 The greatest artistic farewell ever made? I think so. Still pushing boundaries even as he edged closer to death, Bowie delivered a jazz-tinged album that stood in its own universe, with possibly his least obscure and most personal lyrics ever. Three days after its release he died, sealing the mythology of the album and ascending into the stratosphere of true genius musicians. Oh, and the album cover art was a masterpiece in itself and inspired my first ever tattoo, which has become a slippery slope of music-related inkings. 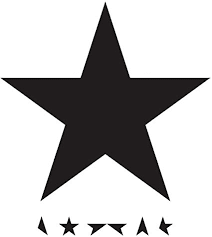 Compared to their previous few releases this is a decidedly old-fashioned and traditional record. A lot of the previous electronic leanings were ditched and instead this release reflected a band embracing their maturity. It's a calm but dense record, full of gentle moments but with an undercurrent of darkness. If it turns out to be their final record then it's a pretty good way to bow out. 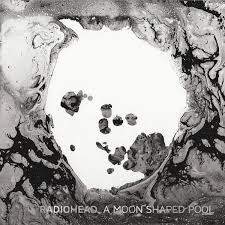 By the time of his third Justin Vernon had become a bit of a celebrity collaborator, working with the likes of Kanye West and James Blake. You can't help thinking that this helped him to push his boundaries further, resulting in this album. Initially hard to penetrate, but once you can decode the obtuse titles and equally opaque musical refrains you'll find a brave and uncompromising artistic vision. 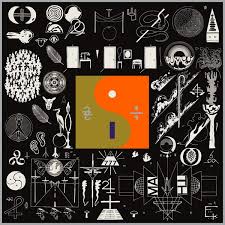 There are a couple of reasons why I love this record. Firstly it showed that Vampire Weekend had a depth and maturity that their previous albums hadn't even hinted at, and secondly it's one of the best albums about New York ever recorded, which I played a lot on my first visit to the Big Apple. Having never heard of The Czars, Grant's previous group, this album came out of nowhere for me and hit me hard. The self-deprecating, witty and frankly rude lyrics were juxtaposed with beautiful melodies, and bellowing the lyrics to the title track is still one of my favourite things to do at Grant's concerts. 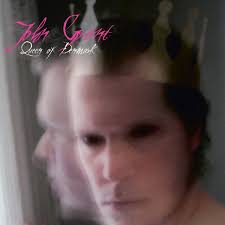 
A truly ground-breaking record, and one that showed that it was possible so imbue electronics with heart and soul. Loops, vocoders and glitches combine with stomach-rumbling bass, over which Blake’s fragile vocals threaten to break entirely and disappear into the electronic void. For me there’s a line that runs from Kanye’s ‘808s & Heartbreak’ through this and onto albums like Bon Iver’s ’22, A Million’ and both the FKA Twigs records. 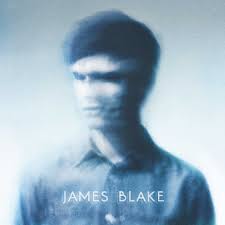 The skill and craftsmanship on this record still leaves me breathless. Unfairly maligned by some (for the inclusion of Pharrell, for being a change of direction, for just being so damn GOOD) this is a record that achieves its aims by the bucketload. From the recruitment of ‘live’ musicians – Nile Rodgers, Nathan East, Chilly Gonzales – to the use of 4 different microphones from the periods of time Giorgio Moroder describes in his monologue – this is a record that screams quality and style. 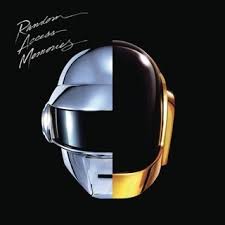 A stunning re-invention , which followed on the heels of her working with David Byrne, and which pushed St. Vincent into a whole new league. This is futuristic guitar-based pop at its very best, a million miles away from when I first saw her supporting The National with just a guitar and not much stage presence. 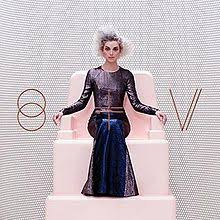 An album that I was ready to hate, almost wanted to hate in fact, following the whole splitting up, saying goodbye and then reforming scenario. But what a record to come back with! Far better than its predecessor ‘This Is Happening’,  it manages to sound like LCD Soundsystem the live group, but also weaves in most of the key artists James has ever been influenced by in his songwriting. Let’s hope they don’t feel the need to break up again before they can make another record. 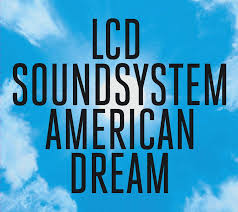 In another good year for music here are the albums that really hit the spot for me. 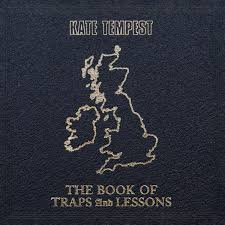 1. Kate Tempest - The Book of Traps and Lessons


A haunting and beautiful evocation of despair and hope in Great Britain in 2019. Demands to be listened to as one piece, or for an even more powerful and cathartic effect, watched live. 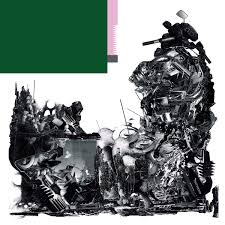 In a great year for new guitar bands two stood out, but only one released an album, and that band was Black Midi. Indescribable vocals, an incredible drummer, and songs that evolve each time you hear them, this is a band destined for legendary status. (Black Country, New Road, it’s your turn next year. Don’t disappoint us). 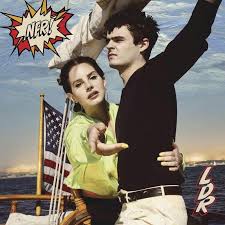 On which LDR finally lives up to the hype and really does deliver ‘the next best American record’. Excellent lyrics, beautiful melodies, and a sense that she’s tried slightly less hard and in doing so has achieved a lot more. 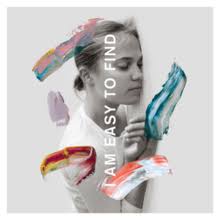 The introduction of a number of guest female vocalists has brought a whole new angle to The National’s songs, and in doing so has helped them produce their best album in years. Bonus points for a beautifully packaged vinyl set as well. 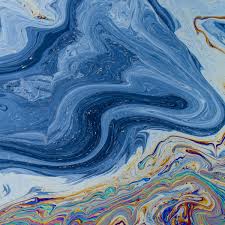 An album that feels effortless, as Floating Points creates an electronic landscape for you to immerse yourself into. His work just gets better and better. 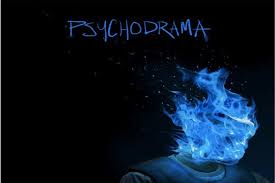 A startlingly intellectual and coherent album from one of the break-out voices in UK rap music. Covering subjects ranging from mental health to domestic abuse, it’s not always an easy listen but it’s a rewarding one. 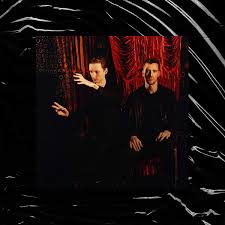 7. These New Puritans - Inside The Rose

Beautifully constructed, this is a record that displays the true depth and skill of the Barnett brothers, gathering their influences (Talk Talk in particular) and coalescing them in their most accessible album to date. 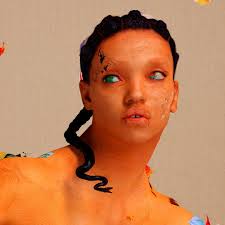 Another atmospheric record that owes as much to Talk Talk as Apparat’s usual electronic influences, this is a widescreen approach to electronic music that escapes the boundaries of the genre. 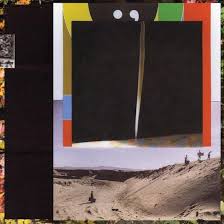 More immediate than his last record, this is still an album that rewards you every time you listen to it. I miss the risk taking of 22, A Million though.
Posted by DJ Cull at 12:58 No comments:

Track of the Day: 'Catatonic Skinbag' by Blaenavon 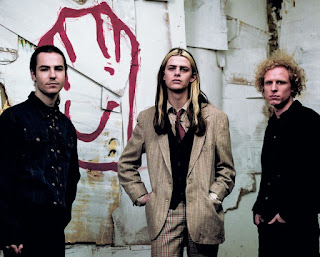 It's great to have this band back, especially as they've been through some personal issues since we last heard from them. By the sound of this track those issues are far behind them - sounding very much like 90s indie rock its a rocky, jangly guitar blast of effervescent fun, cut through with some darker-edged lyrics.

The guys are going on their own tour in May and supporting Thw Wombats before that - it sounds like they're ready to have a blast, so do your best to catch them out there.

New band of the day: JOHN 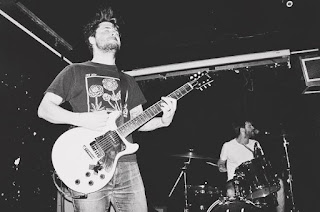 Fresh from a European tour slot supporting IDLES, this noisy two-piece look set to start making waves in the UK. Hailing from Crystal Palace, two guys, both called John, have come together to bring you a sounds that's much larger and rounded than you would imagine from 4 arms and 4 legs. Adding some thoughtful lyrics to the their meaty, bouncy rock ensures that this duo should rise above their peers. Apparently they're awesome live too so get yourself along to one of their shows, and in the meantime have a listen to their debut album 'God Speed in the National Limit' below.