Are you fed up with TV stations always using the same music to soundtrack their Olympic coverage?  Want to hear some vaguely Olympic-themed songs that are actually worth listening to? Well, you've come to the right place. Click on the play button above to listen to 12 tenuously linked tracks, and give your ears a treat. Here's the tracklisting:

Click on the play button above to listen to the latest selection of tracks that have wormed their way into my aural cavities. Here's the tracklisting:

Track of the Day: 'FYTS' by Evian Christ 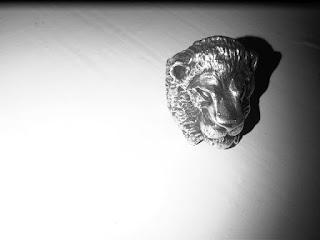 There's a new track floating around the internet today by Evian Christ, called 'FYTS', and it's a belter. Dark and mysterious, with spooky childlike voices at the start, followed by an insistent bass and some psychotic drums, it pitches and turns like a horror movie.

You can listen to it by clicking on the image above, or download it here.

Oh, and if anyone knows what FYTS stands for, or you just fancy making something up, then let me know...
Posted by DJ Cull at 17:00 No comments:

Track of the Day: 'Marijuana' by Chrome Sparks


Some mellow vibes on this short and sweet (but not sickly) new track from Chrome Sparks. With a slowed-down sample that makes me think of old 70s bands like The Stylistics (ask your mom) this has just got just the right balance of beats to blissed-out blips. Grab it for free above, light up a fat one and enjoy...
Posted by DJ Cull at 19:24 No comments:

Track of the Day: 'Fitzpleasure (The Internet of Odd Future Remix) by alt-J


This has just dropped through the ether for your aural (fitz)pleasure - a remix from alt-J's album 'An Awesome Wave' by Odd Future member The Internet. Stepping up the beat quotient, but at the same time turning the track into a bit of a slinky beast, this is an interesting take on alt-J and show both contributors off at their best. Grab it while it's free above.
Posted by DJ Cull at 22:22 No comments:

Track of the Day: 'Christabell B' by Holy Strays

The second release from Morning Ritual Records is this rather brilliant track from Holy Strays aka Paris-based musician & producer Sebastien Forrester. It reminds me a bit of some of Dam Mantle's stuff, with its glitchy rhythms and manipulated voices, and just gets better and better the more times you listen to it. Definitely an artist to watch out for in the future.

DJ Cull's New Music Mix - 7/7/12 by Dj Cull on Mixcloud
The latest selection of new, and new-ish, tracks to set my headphones alight this year. Click on the play button above to listen the full tracklisting is below:

Track of the Day: 'Sweet Life' by Frank Ocean

The second track to escape from his forthcoming 'Channel Orange' album, this is much more conventional than the previous 'Pyramids'. Channelling John Legend and Marvin Gaye, this is a classic-sounding soul tune. Produced by Pharrell Williams from N.E.R.D it's, as you might expect, an ode to how good life is and how you should enjoy what you've got - "Why see the world when you've got the beach?". Given Ocean's statement about his sexuality this week, and the positive way it's been received, I imagine life is pretty sweet for him right now.

If you missed 'Pyramids' when it came out you can also grab that below. 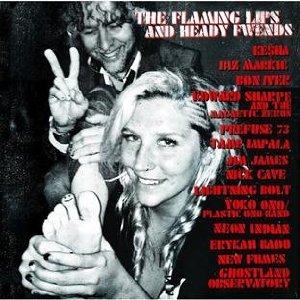 Much better than their ropey cover of 'Dark Side of the Moon', more consistent than the patchy 'Embryonic', this is the best and most interesting Lips release for the last few years. Putting aside the nonsense of the special packaging for the Record Store Day vinyl release (including the artists' blood?) the record manages to rein in their indulgences sufficiently to make a surprisingly cohesive and tuneful record, while still allowing them the occasional freakout into psyche-land.

Opener '2012 (You Must Be Upgraded)' is definitely one of the best tracks on show, with Ke$ha switching from Amazonian robot mistress to sultry soul seducer and back again over the course of its 4 minutes.

'Ashes in the Air' sounds nothing like Justin Vernon's previous work, either with Bon Iver or any of his guest slots, and if there are echoes of Gayngs in his backing vocals there certainly aren't in the lyrics, which are about robot battles, burning flesh and generally being fucked up. Edward Sharpe takes the reins on the pastoral 'Helping The Retarded To Know God' which includes birdsong, choirs and acoustic guitars along with some squelchy space noises.

'Supermoon Made Me Want To Pee' is a noisy, scuzzy, mostly instrumental thrash which gives way to 'Children of the Moon, a happy, hippy song that could easily sit on either 'Mystics' or 'Yoshimi'. 'That Ain't My Trip' matches lyrics about 'shaving my balls' to a throbbing bassline and some great psyche guitars, and is followed by Nick Cave doing a bit of a Mark E. Smith impression on 'You, Man? Human???'.

I'm sure you can imagine what a song by The Flaming Lips called 'I'm Working At NASA On Acid' sounds like...it starts off more gently that you might imagine, but the acid soon kicks in and you're on a supersonic space trip to Mars, before landing back at mission control at the end. 'Do It!' pins tribal drums to Yoko Ono's exhortations to, well, do it, while 'Is David Bowie Dying?' doesn't seem to have any discernible links to the Thin White Duke but is good nonetheless. This brings us to the big (10 minute long)  mistake on the album - the cover of 'The First Time Ever I Saw Your Face' featuring Erykah Bade. The singing is mediocre at best, the backing track a dirge - frankly they were never going to improve on the original, but this is a very sub-standard version. 'Girl, You're so Weird' is much better - reasonably simple and straightforward, apart from the breakdown in the middle and the kinky lyrics, it shows what can be done when the balance between creativity and excess is carefully managed. Closer 'Tasered and Maced' is a strangely engaging story of someone being caught by the police, and sets a suitable unusual close to the record.

A great day was had yesterday at the Village Green Festival - credit must go to the organisers (Metal) and Southend Council for putting on such a great free event (and for ordering such good weather!). Thousands of people came to enjoy the great atmosphere and the wide mix of entertainment on offer.

The Correspondents played an amusing blend of electro-pop, drum and bass and jungle - good to listen to, but weird to watch as the singer looked more than a bit like he was auditioning to be in Jedward (no off-colour jokes about men wanting to be in Jedward please...).

Wilko Johnson, backed by the bass player and drummer from The Bloockheads, was on fine form. Dancing around the stage like he was 40 years younger, he machined us with his guitar and complained that the stage wasn't slippery enough for him to do some of his trademark moves. The guy is a legend - surely the Honours List beckons? Sir Wilko Johnson of the Thames Delta has a fine ring to it...

Hailing originally from Southchurch, Jake Shillingford was happy to be back on home turf. Playing 5 of My Life Story's 6 top 40 hits, he started with 'Sparkle', ended with 'Strumpet' and played some fine stuff in between, including a cracking version of '12 Reasons Why I Love Her'.

Having driven all the way down from Glasgow to fill the gap left by the last-minute drop-out of Get Cape. Wear Cape. Fly!, JTQ hit the ground running with a great version of Booker T's 'Green Onions'. In the early evening sun they were a big hit with the crowd, who danced and clapped along to their mellow grooves. A nice relaxing way to end a nice relaxing day. See you there next year!
Posted by DJ Cull at 22:02 No comments: