Track of the Day: 'No Sugar No Cream' by Oddisee

As the sun makes an appearance so does this lush new instrumental from Oddisee. Not content with dropping the free 'Alwasta' EP on us last week, Oddisee has now provided us with a taster from his forthcoming instrumental album 'The Odd Tape', which will be released on May 13th. Proving that he's as good a beat-maker as he is a rapper this is a proper tune to kick back and mellow out too.

Stream the track and download it for free below.

Video of the Day: 'In My Car' by Gold Panda

Taken from his new album 'Good Luck And Do Your Best', this new track sees Gold Panda at his electronic best, making trademark glitches and beats. The video meanwhile, seems to show him spending the day with his Nan, going to a museum in Chelmsford, and then driving down the A130 towards Rayleigh (correct me if I'm wrong here Derwin). They end up in a cemetery which I haven't yet identified, before going to McDonalds for a hot apple pie and a coffee. Ah, the life of an international recording artist eh?

Pritchard has a new album called 'Under The Sun' which will be out in May on Warp Records. From it comes this blissful track featuring Thom Yorke, which will do until both Pritchard's ad the new Radiohead albums come along. Yorke's vocals almost perform two different functions, providing a wash of melody over which he weaves a lead vocal to keep you entranced. This is one of the loveliest things I've heard so far this year, let's hope there are tracks to match on both their new records.

Track of the Day: 'Love Me' by Roniia

The first track from Roniia's forthcoming 'Sisters' EP is brutally short and to the point. Over a pounding drum beat vocalist Nona Marie questions the intentions of her lover, while evoking the spirit of 60s girl groups and discordant film soundtracks. It's definitely a step up in terms of attitude from their debut album and it's executed a smoothly as a successful bank raid - they're in, take the money and out again before you know it.

The EP is out in May but you can pre-order it here. Have a listen to the track below. 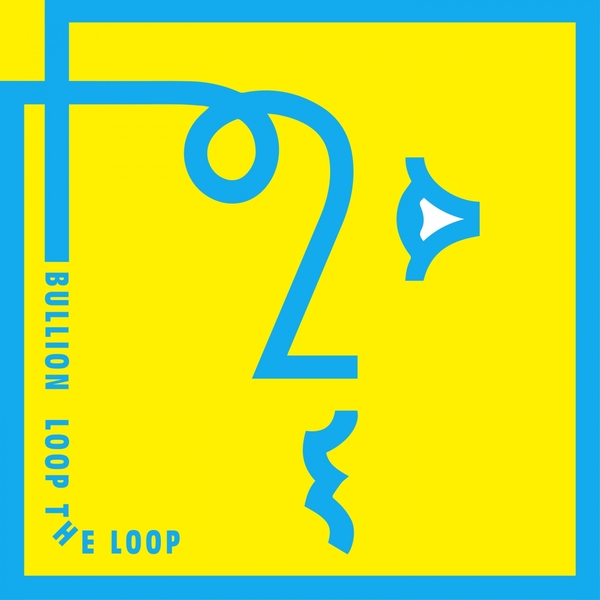 Releasing your records on your own label can sometimes spell danger - self-indulgence and lack of quality control are things that spring to mind. Fortunately that's not the case here - Nathan Jenkins' debut full-length record on his own Deek label is full of quality from the get-go. You know that you're in for something a bit special when the violin on opener 'Dip Your Foot' swoops in, an instrument that again is used to good effect on 'My Lar'. Is there such a genre as 'pastoral electronica'? If there wasn't already then I think Bullion may just have invented it.

Throughout the album there's a whole heap of lovely sounds, and hints of music from countries far and wide - one minute you're on a retreat in mystical India, the next you're on a yacht in Nice. The vocals gently form part of the music, allowing the whole tracks to envelope you. This is not grim, industrial electronica that makes you think of concrete and despair - don't get me wrong, there's a place for that, but here we have melodic, pop-tinged electronica with room for you to breathe and explore the open air.If you're partial to the likes of Metronomy, Hot Chip, NZCA Lines or Night Works then you'll certainly be taken with this.

Guests on the record include Sampha, Laura Groves, and Sarah Anderson (from Chrome Hoof) amongst others, who all help add to the depth and quality of the work here.

'Loop The Loop' is out now - you can buy it direct from the label here.

Track of the Day: 'Reformer' by Darkstar & Empress Of

The first new music from Darkstar since their brilliant 'Foam Island' album in 2015, this track sees them teaming up with Empress Of to deliver a darkly melodic slice of electronica. Musically you can still feel some of the influence of their previous albums, but with the female vocals added it reminds me a bit of Polica (which is a good thing). The track is released today on Warp Records., have a listen below.

The line between rap and poetry has been blurred before, but never so successfully and so powerfully. I've personally seen both Oddisee and Loyle Carner deliver spoken-word, acapella pieces that worked really well, but they struck me more as raps that work as poetry, whereas I get the sense the Kojey's work seems to have its roots in poetry and the beats are added as a way of broadcasting it to the world. Kojey makes reference to this in the album's opener 'Footsteps' as he says "Let's play a game of pin the pressure on the poet, is it poetry or rap, I found rhythm inside of poetry".

That's not to say that the music isn't good, adding as it does a dark and brooding atmosphere to the record. It's downbeat and sometimes introspective, but never depressing. The brilliant chorus on 'Kwame Nkrumah' is definitely one of the high points - just imagine a whole audience shouting out "They look at me like a winner now". It's defiantly optimistic, and we need more of that in our lives.

Overall the vibe is a bit Roots Manuva, a bit Tricky, and there's an occasional catch in his voice that sounds like Kendrick Lamar. There's no doubting the depth of both Radical's talent and his commitment to and belief in his work. What you're witnessing with this record is the birth of a major new talent, and one that is worth much more than the '5 grand for 3 albums' deal that he was offered by a record label that should be ashamed of themselves.