Track of the Day: 'Sun Blows Up Today' by The Flaming Lips

'The Terror', the next album by The Flaming Lips, will be released by Bella Union on April 1st and is, according to Wayne Coyne "a bleak and disturbing record".

Ahead of that comes this non-album track which will be out next week. Maybe it's a counterpoint to 'The Terror' because despite the apocalyptic title this is neither bleak nor disturbing. Vaguely reminscent of their 'Yeah Yeah Yeah' song this is punchy, upbeat and has exactly the right amount of squelchy synths noises and handclaps that a good record needs. Play it on repeat and it'll bring a huge smile to your face. 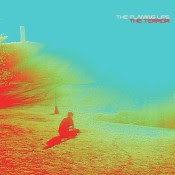 Email ThisBlogThis!Share to TwitterShare to FacebookShare to Pinterest
Labels: guitars, new music, track of the day