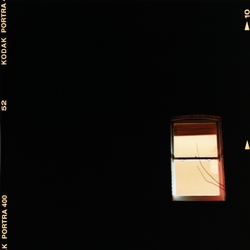 Having released the first Bedroom Club combination back in 2012, No Pain In Pop have now gathered a fresh collection of tracks for the second installment. My attention was drawn to this album when the track by Karen Gwyer appeared on Soundcloud (see my blog post here), but you couldn't really say that its a good indicator of the album as a whole, as the seven acts here have each done things in their own way (in their own bedrooms).

The album starts with 'Five to Three' by Ukkonen, where washes of keyboards soon give way to a dark bassline and a hypnotic rhythm. Next up is 'bd' by John Ola, a warm and melodic track which (whisper it) might even contain a real guitar. Buffalo Tides 'Madchen Amick' features a snatch of dialogue (I assume from the lady herself) over some glitchy beats.

'Reveal Secrets (The Processes)' by Beams is probably my least favourite of the tracks here - there are some interesting loops but the track never seems to go anywhere. Then it's the Karen Gwyer track, which as I said before builds up layers and layers of sound to create a hypnotic groove.

'Bantha Fodder' by Ornine doesn't sound particularly Star Wars-esque; instead it's a maze of noises, sounds and beats that's quite threatening and not at all the sort of thing I'd like to find in my bedroom. The album closes with 'Hunger' by Dyymond of Durham which is definitely one of my favourites - the keyboard reminds me a bit of the Twin Peaks riff, over which there's a host of snatched sounds and sampled vocals which combine to make a thoroughly satisfying concoction.