New band of the day: Blaenavon 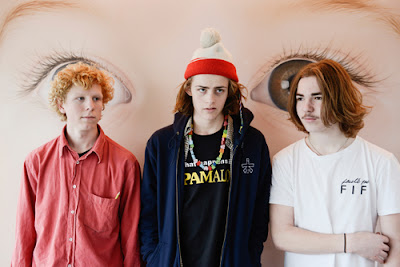 Blaenavon (pronounced Bly-Nav-On) are 3 teenagers who hail from Hampshire, rather than their namesake small Welsh town. With none of them older than 17 it's a bit frightening how good they are - mature melodies and arrangements, interesting lyrics and not a cliché in sight.

Their first single 'Into The Night / Denim Patches' will be released on 11th March on Paradyse Records. You can listen to both tracks below (Denim Patches in my favourite) and order the single, which is limited to 250 copies, by clicking here.

Definitely a band to watch put for as 2013 progresses - you can catch them playing live at The Buffalo Bar in London on 21st February.