Remix of the Day: 'White Crow (Erol Alkan Rework)' by Beyond The Wizards Sleeve

This is a really interesting one, as Erol Alkan, one half (with Richard Norris) of the duo Beyond The Wizards Sleeve, reworks his own track. The result is this fantastic electronic version, which surely deserves to be on a movie soundtrack someday soon. Just picture this on the soundtrack to Drive and you'll understand where I'm coming from with this.

There's actually been a set of really good remixes from the album 'The Soft Bounce', each one of which has come on different colour vinyl. They're well worth getting - not only do they look great but they put a different spin on the record, which made it to number ten on my albums of the year list here. Here's my set: 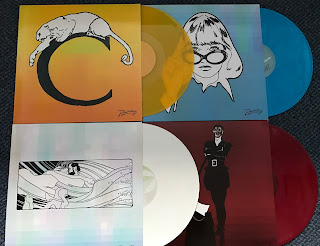