If you saw John Grant on his recent tour of the UK then you may well have caught Ásgeir Trausti supporting him. If he's new to you, then it's time for you to get acquainted. 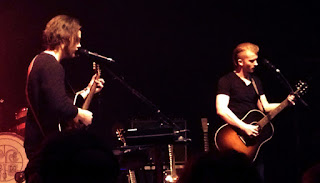 Aged only 20, Trausti has already had the best-selling début album ever by a domestic artist in his native Iceland. He's now working on an English-language version of the album (with lyrics translated by Grant) which will be out later in the year on One Little Indian records. Until it appears you can make do with this gorgeous 3-track acoustic EP recorded at the legendary Toe Rag Studios in London. Listen and grab it for free below.