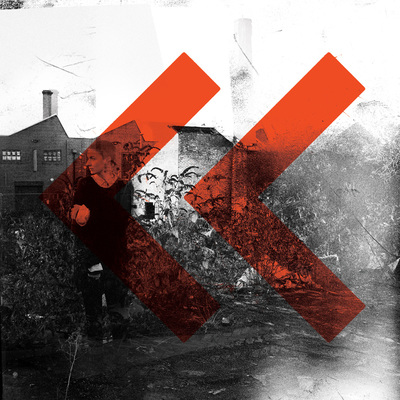 With her second album for Warp Julie Campbell has delivered a mesmerising and hypnotic record that fuses industrial Manchester with motorised Michigan. This is a very architectural album, literally and metaphotically. From the initial recordings in her home studio in a towerblock - aptly called Concrete Retreat - she's piled layers and layers of analogue recordings, physically building the tracks up. And the titles - 'Bunkerpop', 'Hinterland', 'Mortar Remembers You', '(I Can See) Landscapes', 'Into The Cave' - all point towards an overall feeling of bleakness both within and outside of the environment. In some ways it's a record that's entombed in concrete, and you're not really sure whether it's accepted its fate or is trying to break free.

Put your headphones in and you'll hear a crisp, at times almost brutal sound as the layers of synths, live percussion and analog sounds compete for space in your head. But this is a record that works equally well from a set of speakers - the infectious grooves that underpin a lot of the tracks will definitely make you want to move your feat.

Musically there's a whole host of influences on display, from Liquid Liquid to Cabaret Voltaire to LCD Soundsystem to A Certain Ratio and maybe even The Fall. And although it's a record that maybe could've been made in Berlin or Detroit you can feel Manchester at its heart.


"Flee to the outskirts, the ground is crumbling,
The sky is falling"