Last night was the last night of Hopkins' 18-month tour supporting his 'Immunity' album, and he saw it off in style.
Support for the evening was East India Youth who, after some technical gremlins that delayed the start of his set, played mostly songs from his new album 'Culture of Volume' with only 'Looking For Someone. Silhouetted, he cut a somewhat lonely figure as he switched between keyboards, bass and occasional drum-pad bashing. He stepped into the limelight for closer 'Carousel', proving he can hit the high notes like a diva.
Hopkins played in the middle of the stage beneath a massive screen which was put to good effect. For the opening track images and shapes were directly linked to the buttons and keys he was pressing. As the show went on films, videos and animated graphics were shown as lights and lasers bounced around.
A couple of the films were pretty intense and watching the show at times was comparable to living in a Darren Aronofsky movie. 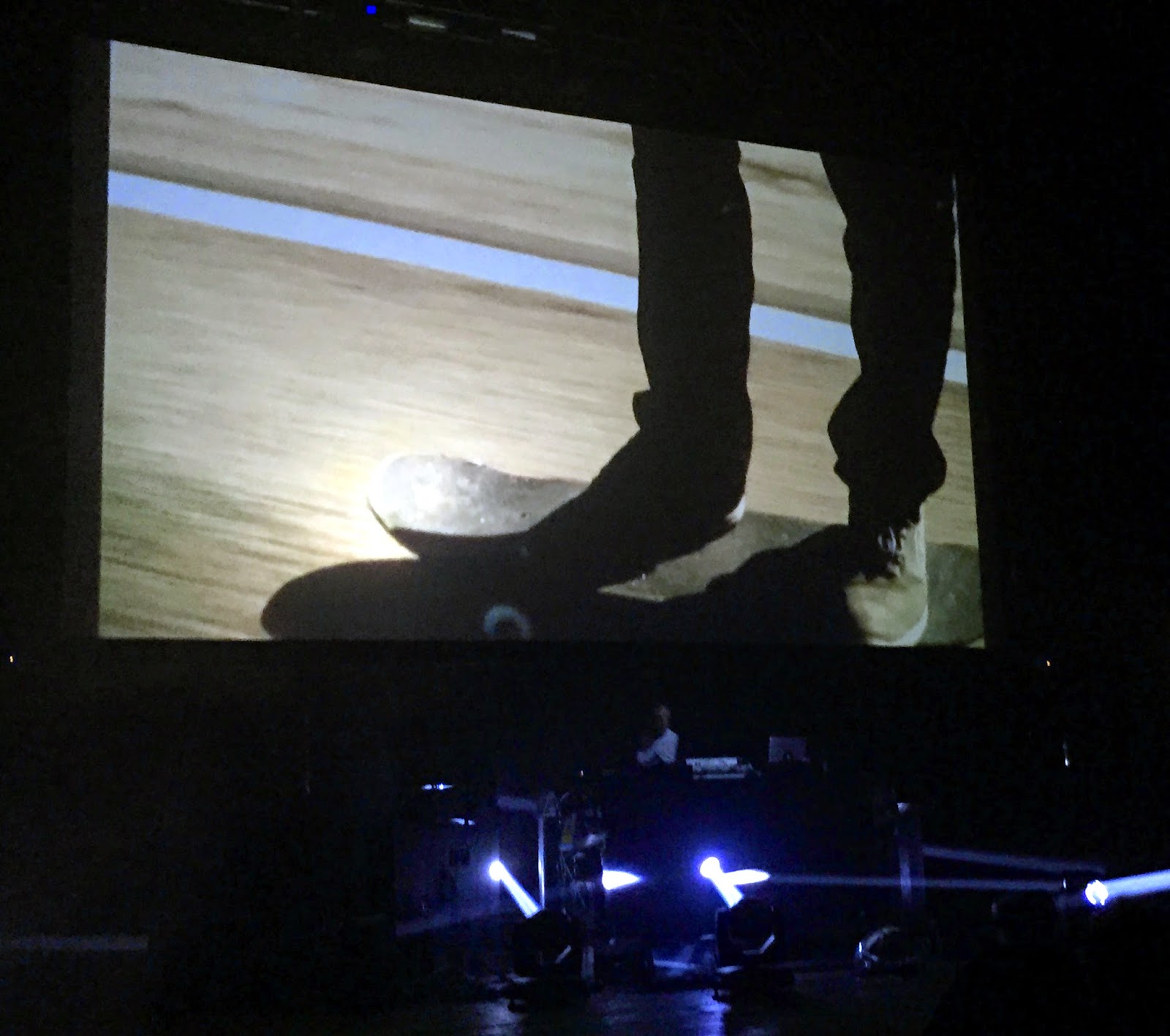 At a couple of points in the evening Hopkins was joined by 4 dancers with flashing LED hula hoops, which twirled around their bodies as the lights syncopated with the music.

On Twitter this evening Jon has described the show as "the best live experience I have ever had" which should give you an idea of how pleased he was with it. It was definitely a great way to give the album a send-off.