Continuing with the Glastonbury theme from earlier, here's a fantastic 30 minute film about the Block 9 late night area in the South East / Naughty Corner are of the site.

If you've never been to Glastonbury but think you know it from what's shown on TV then think again - imagine stumbling into this area at 1 in the morning and just seeing what you can find. If you ave been then you'll know how impressively constructed the area is, and what a great vibe you can find here.
Posted by DJ Cull at 16:44 No comments:

Track of the Day: 'Love' (Kendrick Lamar cover) by Gengahr

Today is the hardest day of Coronavirus lockdown so far for me. By now I should already have my Glastonbury wristband on and be in Pylon Field setting up camp. The first two days would then be spent exploring the site, seeing what was new, and catching the smaller bands before the big stuff kicks off on Friday. Kendrick Lamar was due to headline Friday night and was definitely going to be in the pit for that one *sad face*.

By way of some slight compensation Gengahr have given us this great cover of Lamar's 'Love', which is great for listening too in the sunshine while trying to to cry too much.

Video of the Day: 'State Of The Union (STFU)' by Public Enemy feat. DJ Premier

Looks like Chuck D has made up with Flavor Flav. They're back together with some help from DJ Premier to deliver this coruscating attack on Trump and his Presidency.

Let's hop this helps to achieve that aim, as well as signalling more new material from PE.
Posted by DJ Cull at 16:22 No comments:

So we've all been stuck indoors now for far too long, but one of the upsides is some extra time to do stuff we might usually be too busy for. As well as reading tons of books and watching the whole of the Star Wars saga (including The Mandalorian, which I thought was great) I've got the mixing gear out again and made the mixtape above. It's mostly tracks from 2020 with a few new versions of older songs thrown into the mix - I just wanted to make something positive and upbeat to put a smile on your face and a beat for your feet. Here's the tracklisting:

Track of the Day: 'Pure Luxury' by NZCA Lines

This rather full on slice of synth-pop heralds the return of NZCA Lines, with a song about luxury, status and pursuing material wealth in the face of environmental catastrophe. Could it be any more relevant?

Over the course of 4 minutes it manages to cram in about three decades of pop references, somehow sounding like Prince, The Beach Boys and LCD Soundsystem all at once.

The track is out now on Memphis Industries and the band have announced a headline show at Heaven in London on October 28th.
Posted by DJ Cull at 16:49 No comments: 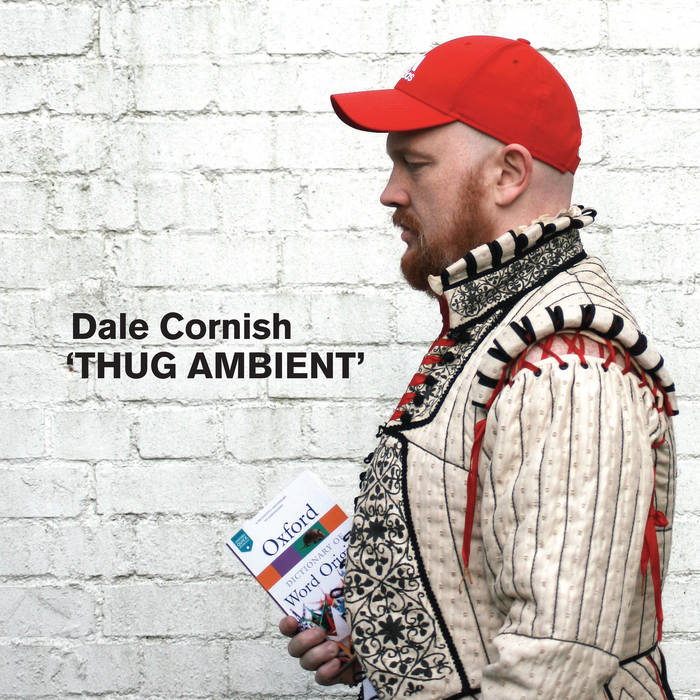 It's a weird kind of situation to be releasing new records into. Some acts have pushed theirs back (including Jarvis Cocker, which surprised me) while other have soldiered on, giving us some welcome distractions from the world around us. This new one from Londoner Dale Cornish came out a couple of weeks ago and I picked it up on Friday from Bandcamp when they were having their special day to support artists.

Over the course of its 11 tracks this is a pretty intense and occasionally brutal record, with few moments of calm. But I've found that to be a relief to be honest, there's only so long you can try and think happy thoughts and be gentle before you want to listen to something that's going to put up a fight, which is what this record does for me.

So then, how best to describe this album? I asked Dale and he said that 'this album...isn't worried about fitting into certain categories / tribal affiliations', which is just as well as it would be pretty hard to pigeonhole. I mean, you could say it sounds like New Order on a messy night out with Venetian Snares, or you could say it sounds like the 8-bit soundtrack to the most violent game of Mario Kart ever invented. But why bother? The best thing to do with this album is to just stick your head inside it and play it really LOUD, let it pound through your bones and drive the virus out of your system. I'm particularly keen on the last 4 tracks on the album but you can pretty much dive in anwhere and see what you think of it.

Cornish might have been called a 'thug' when he went to a gig aged 16 wearing trackies, but if this is the sound of him embracing that label then I'm all for it.

You can listen to the full album below, and if you feel inclined then buy a copy too.

Track of the Day: 'Atlas' by Bicep

Back with their first single since 2018, Bicep have released this powerful, brooding track which positively throbs with dark vibes. Calling to mind Four Tet, Aphex Twin and Underworld, it's sure to set dancefloors and gigs alight once we're all allowed to go back outside. Until then you'll just have to turn it up LOUD at home and dance on your own, isolation style.

'Atlas' will be released physically on Ninja Tune on April 2nd.
Posted by DJ Cull at 14:32 No comments: