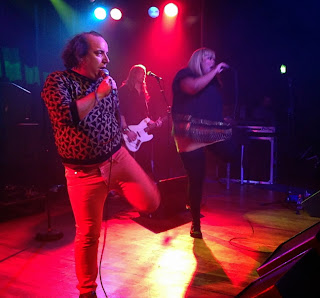 On Tuesday a tour that has seen Har Mar Superstar and Lizzo traversing the US and Europe reached its climax in London. And from the moment that Lizzo took to the stage it was clear that she's destined for massive things. 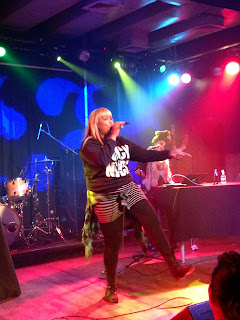 It's not often I get to use the word sassy, but this girl's got more sass than you can twerk your ass at. Striking up an instant rapport with the audience (not always easy with a start-of-the-week London crowd) she pretty soon had us eating out of her hands. From dedicating a song to 'the next person to buy me a whisky shot' (which dutifully arrived halfway through the track) to discussing whether her 'Fuck Nice' t-shirt would go down well in London (a voice from the crowd suggested it should say 'fuck nicely' instead) she kept the energy and entertainment level at 10. London welcomed her to its ample bosom, and I'm sure that when she returns it'll be for a headlining tour of her own. Until then here's some footage of her current single 'Batches & Cookies'.


15 minutes after finishing her own set, Lizzo was back on the stage singing with Har Mar Superstar. This unlikely sex symbol and soul singing superstar sure knows how to put on a show. Imbued with the spirit of both James Brown and Ron Jeremy he proceeded to sing and dance his way though a career spanning set, and the addition of Lizzo to his live set up seems to have injected even more energy to his performances. 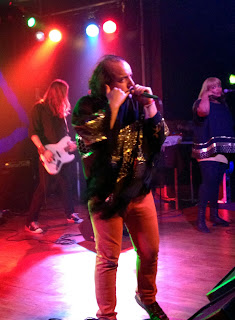 Clothes were changed (but mostly removed), women were snogged, asses were smacked and I, along with others right down the front, was showered with his sweat on more than one occasion. His cover of Gilbert O'Sullivan's 'Alone Again (Naturally)' saw Har Mar walk out through the audience to the back of the Scala and perform sitting astride the barrier (a picture of this was later tweeted by The Libertines' Carl Barat who was in the audience, as was Al Doyle from Hot Chip). After a full set and an encore (which ended with a storming version of 'Late Night Morning Light') he returned for amongst the packing-up roadies for a note-perfect acapella performance which showed just what an astounding voice he's got. 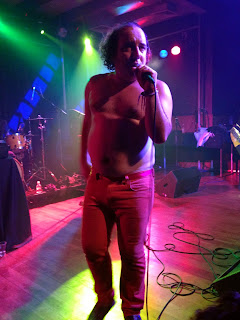 It's fair to say that, with his songwriting and singing skills, a less beauty-obsessed world could and would have made a real superstar by now, but I'm kinda glad he isn't. Instead he's our indie-soul legend, who makes the worled a more fun place to be. Next time he comes back to these shores I expect you all to be down the front with me.
Posted by DJ Cull at 17:44