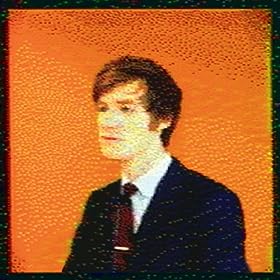 This is the second album from the Mercury Prize nominated Will Doyle in his East India Youth guise, and the first for a major label (XL Recordings). After a few listens it's clear that, possibly as a result of one or both of those facts, this is an even stronger record than his debut. It's more mature and assured, and hangs together more cohesively as an album than 'Total Strife Forever' did. Like that record this one is a mixture of vocal tracks and instrumentals, but here everything is beefed up - the melodies are catchier, the dance tracks are beefier and the vocals are stronger. It's like Doyle has found his voice (literally and metaphorically) and is happy to use it.

Musically it's quite hard to pinpoint his influences, although 'Beaming White' definitely seems to be doffing its cap to the Pet Shop Boys. 'Turn Away' actually reminded me of Villagers when I first heard it, if they were to explore their electronic leanings a bit more. Other tracks are developments of ideas from the first record, with 'Hearts That Never' in particular sounding like a vocal sequel to 'Hinterland', and the switch from that to 'Entirety' is one of my favourite bits of the record as we go to an all-out banging club tune (think Daniel Avery for this one). The fact that this is followed by the torch song of 'Carousel' just shows how confident Doyle now is - this is a real show-stopper of a track that's got 'movie climax' written all over it.

To sum up, this is a record that moves East India Youth's sound a good few steps forward. I reckon that come the end of the year it'll be pretty near the top of my 'most played' list - I can imagine how good it will sound sitting by the pool on my summer holiday - and even if it doesn't earn Will another Mercury nomination it's definitely the most essential of this week's new releases.