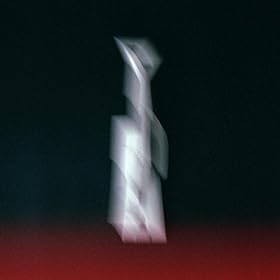 Billed as the debut album from Portico (following three previous releases as Portico Quartet) this continues Portico's move towards electronica, and this time includes weighty contributions from three guest vocalists - Jono McCleery, Joe Newman (from alt-J) and Jamie Woon. But this isn't one of those crap r'n'b records full of tracks 'feat.' people you've never heard of. Instead the three singers have been an integral part of the recording process, and in fact all have previous history of one sort or another with the group. And while it's fair to see that your enjoyment of the album will depend on how you feel about their choice of vocalist (particularly Newman's distinctive voice) for me this is a great record. From the opening, Haxan Cloak-esque sound of the title track, 'Living Fields' will drag you into a dreamy and sometimes dark world, full of atmosphere and (unusually for a lot of electronica) warmth. McCleery has the lion's share of the vocals and perhaps because of that his probably work the best overall - I could see him becoming a full time member of the group quite easily.

If the album has a shortcoming it's that it doesn't particularly carve out a niche for itself in the electronic market - it strays into a lot of other territory, from Darkstar to Mount Kimbie to Everything Everything without really setting out its own stall.But that's a small gripe about a hugely enjoyable record that I think will be on repeat for many weeks to come.