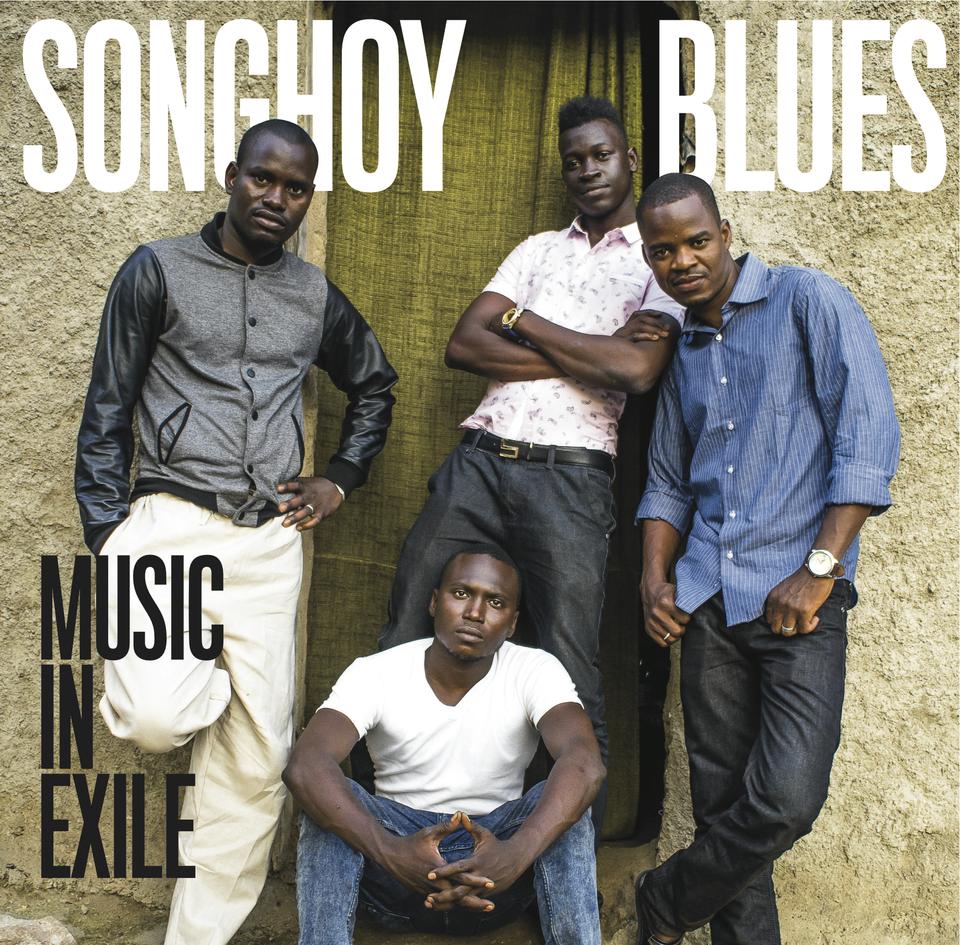 Living proof that the blues is not only a universal language but that it can also be uplifting, Songhoy Blues have journeyed from playing 4-hour sets in a small club in Mali to hipster hangouts in London, partly through choice and partly by necessity. As exiled musicians themselves, having fled their home towns when music was declared 'haram', they made it their mission to entertain outher lost and exiled souls from northern Mali, and to help fight the notion that making music was a sin. In a place like Mali, with a rich musical heritage, they felt that to live without music would be like living in a prison.

And now, after first appearing on last year's Africa Express album 'Maison des Jeunes', they're here to share their gift with us. The album is packed full of brilliant guitar riffs from Garba Toure, as well as some quieter, more reflective moments. Mixing their own songs with reworkings from the Songhoy ethnic tradition, it's a real blend of African and blues music. Produced by Nick Zinner (from the Yeah Yeah Yeahs) it's both exuberant and emotional, raw but powerful. You certainly shouldn't pigeonhole this as 'African' or 'world' music, but instead just place it in the box marked 'good music' - it has the power to reach out and speak to you regardless of whether you understand the language or not.

As good as they are on record you really need to see them live to get the full force of their energy and passion, so if they come anywhere near you then go, you won't be disappointed.

PS Is it just me or is that the most 70s-looking album cover you've seen since, well, the 70s? I don't know if someone has deliberately gone for that look, but that's certainly what they've ended up with.
Posted by DJ Cull at 08:00