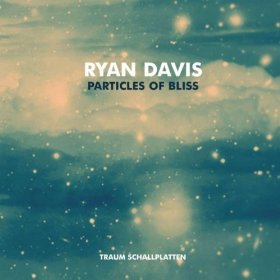 After regularly releasing singles and tracks on compilation albums since 2006 this is Ryan's debut long player. Released on the Traum Schallplatten label, this is an album that's similar in feel to Dominik Eulberg's release for them last year. Starting with the quietly cinematic 'The Enchanted Garden', the melancholic, contemplative feel soon gives way to some warm and melodic Tech-House.

'Where The Right Things Are' sucks you in to it's melodic groove, while 'Beluga' is clinical but compassionate, moving your feet and your head as well. Things get slower and deeper on 'Break The Night With Colors', where the machines start threatening to take control, and then Davis reaches for the squelch button on 'The Field'. 'Aquarius' is another fast-paced dance floor pleaser, then there's a chance for a quick breather with 'Head in the Clouds'.

We're thrown straight back onto the floor with 'Entangled Lives' which is Teutonic tech at its best. 'When Rain Drops Soft' is another calmer, more contemplative tune that builds slowly, adding layers of keyboards as it progresses. Then 'Eyes Wide Open' throws in a dark, almost trance-like bassline and a few good keyboard crescendos

The album ends unexpectedly as Davis picks up the microphone and takes the vocals on 'Dragonheart'. Over a crunching beat he quietly sings his way through a track that's not a million miles away from Depeche Mode. While the lyrics aren't anything to write home about it does hint at a different direction for his music which would be worth exploring in the future.

While these are uptempo tracks there's a certain melancholia to them - the minor keys and thoughtful melodies made this a cut above your usual electronic dance music. Highly recommended.
Posted by DJ Cull at 21:28