Recommended music: 'Each Dream A Scheme' by Water Borders 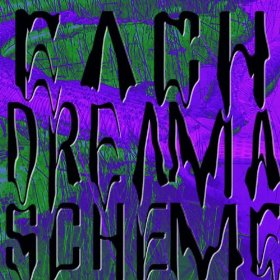 It may only have 3 tracks, but at 35 minutes long it surpasses a lot of recent albums in length, and the breadth of musical ideas could shame a few bands with reasonable long careers. The vocals have more than a touch of Matthew Dear about them, as do parts of the music, but this is definitely a record that looks to the Middle East and Eupope for its influences as much as New York or Los Angeles. In places it's like a modern update of some of the themes that Matt Johnson (The The) was exploring in his early work (ask your dad), and it's a record that equally matches experimentation with introversion, with surprising result

Part 1 starts quietly with some looped vocals and the sound of bowls being rung. A simple keyboard refrain is overtaken as the beat and vocals arrive simultaneously, telling what sounds to be dark tales (although throughout the record it can be hard to make out the lyrics). Just when you're used to it the track morphs into something else entirely, with a faster pace and a ringing bassline, which is matched with laser noises and vocals about crocodile tears. Towards the end it turns more frantic, with manipulated vocals and wailing wafting in and out of the mix.

Part 2, with its menacing synth line, reminds me of Laibach's Cold War industrialness (ask your dad again) and is definitely not the sort of music you'd want to meet in a dark alley on your way home.

Part 3 is the most insistent track here, drubbing its rhythm into your head. It ends with a buzzing, vibrating hum and some snatches of Middle Eastern vocals to close the circle and bring us back to the themes of Part 1.

'Each Dream A Scheme' is out now on Tundra Dubs records. You can listen to some of Part 1 below.