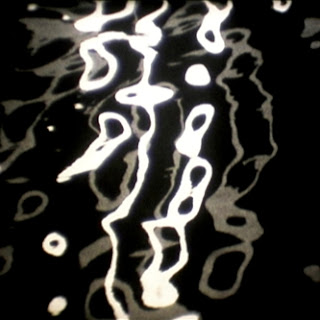 There's an analogue warmth that permeates this album; hisses and crackles are brought to the fore (like on the opening track 'Cloud Hall') and a slightly fuzzy quality throughout that makes a refreshing change from the anodyne technological crispness that prevails these days.

The footsteps and jet noises that lead from 'Cloud Hall' into 'If You Knew What You Would Do' speak of a desire to move on, not to remain static. 'The Groove' is a slow burning, slightly menacing loop of deep bass over which a treated voice speaks about "coloured lights flashing...and spirits taking over my mind".

A percussive loop makes up most of 'Peralta Palace', and when a mournful wind instrument appears it gives the track a Middle Eastern feel with hints of the call to prayer. The pace then picks up with 'The Beast', which is trancey and insistent.

'Shut In' is the album's behemoth - 9 minutes that start with some wafting keyboards and progressively build but without ever reaching a climax. The bass drum is joined by more layers of percussion, and some repetitive keyboards vibe their way in. snatches of vocals add some colour but the tracks never really takes off and leaves you a bit underwhelmed.

'In the Depths of the Ocean is our Capitol' floats by, and then the album closes in a slightly non-descript fashion with 'Travellers in Faith dub'.

Overall the track titles and sound effects combime to make you think of distant lands, cloud palaces in the sky, fantasy kingdoms and general other-worldliness. Maybe it outstays its welcome a bit towards the end, but it's still well worth checking out.
Posted by DJ Cull at 11:05