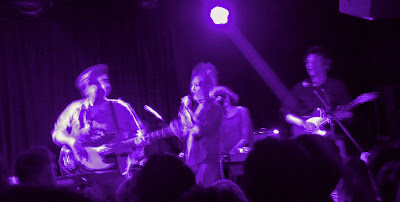 A great evening at The Lexington last Tuesday watching Friends, the hotly-tipped new band from Brooklyn. Personally I was glad that they didn't win the BBC's Sound of 2012, as that would've meant that they were cosy mainstream pap, which clearly they're not. Samantha Urbani is a great frontwoman, and the whole band are talented musicians, swapping instruments and jokes with each other throughout the night. Musically the band don't seem to have decided yet whether they want to be funky or punky, but they certainly put on a great show. The new album is out in May, when they will also be touring the UK again - make sure you catch them! 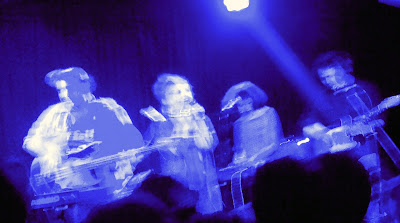