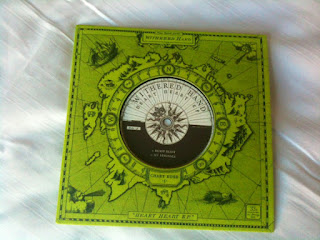 Last night saw the launch event for the Fence Records E.P Series. As well as the two Fence acts performing (Seamus Fogarty and Withered Hand) there was a guest set from Brentwood's finest Darren Hayman. Also milling around were the great and good from the label, including Kenny (King Creosote), who we had a nice chat with at the bad beforehand, and then stood next to during the gig, Johnny (The Pictish Trail), who was on door duties, and Rozi Plain, who sang on a couple of Withered Hand songs. There's some snaps below of Dan (Withered Hand) in action during his great set, which featured a mass sing-along during 'Religious Songs', some entertaining between song banter, and a couple of songs from the new EP. Coming back for the encore,   the calls (from me and a few others) were for 'Hard On' - despite Dan claiming 'I'm not sure I feel virile enough for that on' he managed to get it up to perform the closer.

Overall it was a great evening out - 3 acts for a fiver, and the pie & mash at the bar beforehand was pretty good as well. I hope they do the same for the next two releases! 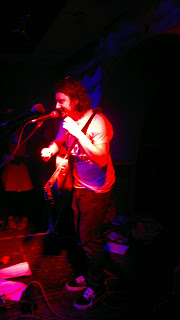