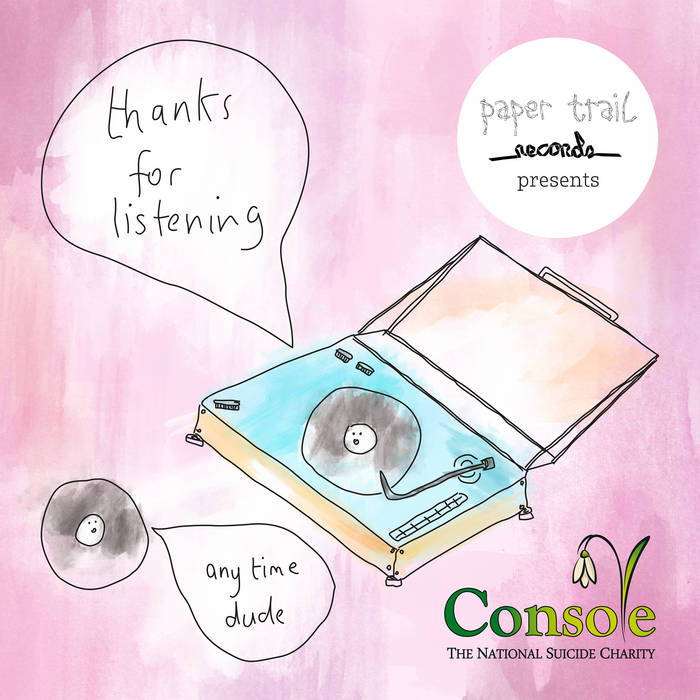 Charity records are nothing new, but sometimes the idea is better than the product. Fortunately that's not the case with this new release from Paper Trail Records. Released for World Mental Health Day, the album is raising money for Console, Ireland's National Suicide Charity. It's a many and varied collection of sounds and styles from the label's friends, including the likes of Cloud and Beach Moon/Peach Moon. My personal favourite is 'Rock and Roll (An Elegy In Eb Major)' by Shrug Life, which actually reminds me a bit of Barenaked Ladies with its mix of melody and wry humour. I'm not sure about the efficacy of including a band called Teen Suicide on the album, but that rare bum note aside there's very else wrong with it.

A good release for a good cause - have a listen and buy your copy using the link below.