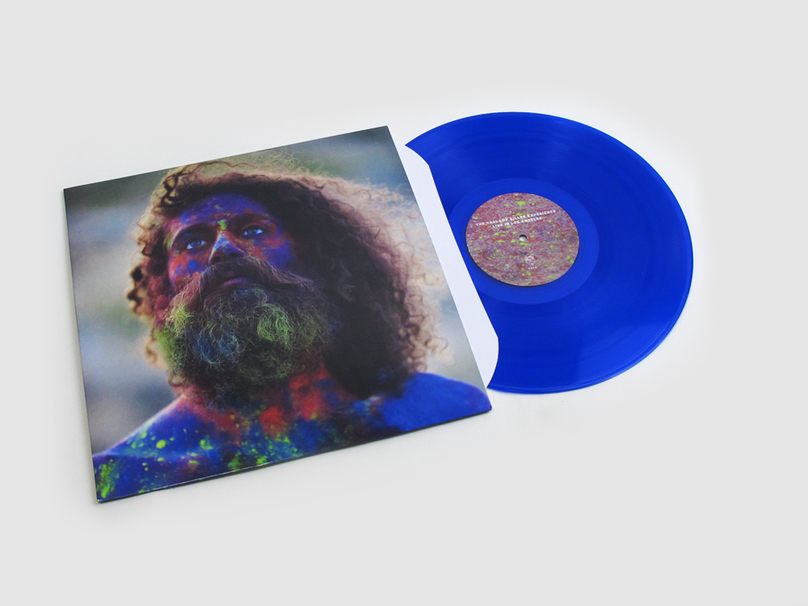 Recorded live at the Mayan Theatre in LA, this awesome experience really brings out the musical diversity in the GLK's music. If this is your introduction to his work you'd be hard-pressed to actually work out what genre his music belongs to, while if you're familiar with the original versions of these tracks, which are on his excellent album 'Breakthrough', you'll be amazed at how they come alive with this 14 piece band.

The record is even more impressive given that the performance came while William Bensussen a.k.a. GLK was still recovering from the near-death skateboarding accident he had while on the way home one night (there's plenty of photographs on the internet of the line stapled all the way up the front of his torso if you really want to see what happened).

The genius of this records is taking the mix of styles, breaks and beats from 'Breakthrough' and turning it into an epic, jazz / classical hybrid that would sound as good in a concert theatre as it would stoned on your couch. It's engrossing and absorbing, and as the tracks are stretched and expanded they seem to suck you in to GLK's enlightened world. The best example of this is the monumental closer 'Keep It Simple Stupid', which started life at less than 2 minutes long but here flows out over 13 fascinating minutes.

It's worth noting that the tenor sax on this record is played by none other than Kamasi Washington, whose own epic album comes out on Brainfeeder next week and who also played a major part in the creation of Kendrick Lamar's brilliant 'To Pimp A Butterfly' album.

The Gaslamp Killer is bringing his experience to London this summer - he'll be at Koko in Camden on June 25th, and I'll most definitely see you there! In the meantime you can stream the whole album below, and if you want to get the extremely cool looking blue vinyl version of this the best place is at Bleep.