Following on from last year's EP, the debut album from James Welch has arrived and it's pretty fantastic. recorded in four different locations around Berlin, the city where he now lives (hence the title), this is a brilliant album of electronica, surprisingly full of warmth, and with an emotional depth that gives lie to the 'soulless' tag that the ill-informed often give to this genre of music. 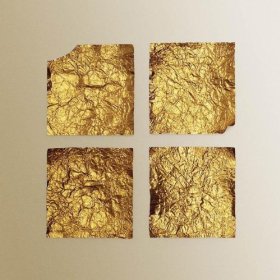 'ClapOne' kicks the album off in style, with hypnotic beats and claps, whirling bleeping synths, and some snatches of Thom Yorke-esque sampled vocals, giving you that feeling of excitement at the start of a long-planned journey. It's hard to say which is the best track on the album as they're all so good, but 'Constants' is up next and it's definitely one of my favourites.It's a richly-layered track that develops kinda like the way a track by Caribou might. There's some great sounds going on in the background, particularly one that sounds a bit like the sea, like electronic pixels washing up on an artifical shore, which according to Mr Welch is tape hiss due to the melody being recorded on a dictaphone (it's amazing what you can find out via twitter!).

'Pocket' is a short section of twinkling brightness, undercut with a deep squelch, which gives way to 'Sitcom Apartment' which may (or may not) be the sound of James' Berlin flat. If so than the flat (and the track) seems like an inviting sort of place - maybe a bit rough around the edges, but the sort of place that'd be great for a party. As the track build up it brings to mind one of those animated videos full of dancing 70s toy robots (or is that just my mind?) - it's an upbeat track with loads going on.

'Iceblerg' fittingly has a bit if a watery feel when it starts, almost like the sound of ice being crushed. The hard, crisp beats  (something of a trademark on this record) are overlaid with some great keyboard themes and a throbbing bassline, and complimented with more of the handclap sounds from 'ClapOne'. 'Hurry Guests' is next up. Starting with a simple six note refrain it bobs and weaves through various phases while never losing sight of its overall direction. It's a bit like a journey through Berlin on the tram at night - various people get on and off, some stay, some don't, and by the time you reach you're stop you're the only one onboard.

You might have heard 'Rilo' already as it was the first track to be released from the album. It's another highlight for me - pulsing rhythm, great beats and some really uplifting melodies. The arpeggio riff and the ticking, blipping keyboard combine like a speeding train passing you while you're waiting on the platform. Then album closer 'TXL' is ful of deep beats but also has a light, gentle refrain - together they combine to make something that's part Jon Hopkins and part Four Tet, but all good.

Overall this is a really accomplished and detailed record, one that knocks the sharp edges off the electronic sound and replaces them with the nicely rounded sound of humanity. Definitely goes straight into the pile of contenders for electronic album of the year.