The second release on Glass Reservoir (read about the first one by Benjamin Shaw here) is another in their series exploring the boundaries between electronic and acoustic sounds. 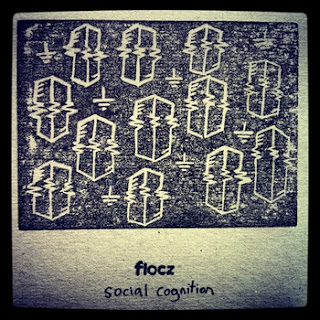 Constructed on an analogue modular synthesizer, and using field recordings from his work life, home life and surrounding environment, Fiocz has created a stuttering, glitchy record that accurately reflects the paranoia and angst of modern living. Titles like 'Dysphoria' (a state of dissatisfaction, anxiety or restlessness) and 'Drosophila' (a fly used in laboratory studies of genetics) accurately reflect the themes of this record - not so much 'Modern Life Is Rubbish' as 'Modern Life Scares The Crap Out Of Me'. It's one thing being cognisant of your surroundings, but the oppressive air that abounds here seems to imply that maybe knowing the imperfections of toady's world but not being able to change things is a bigger burden than being ignorant.

Not necessarily an easy listen then, but definitely a thought-provoking one. You can watch a taster for the album below, and pre-order it from Glass Reservoir by clicking here.