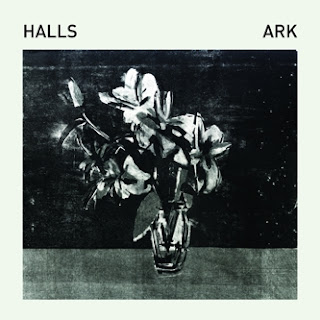 From its biblically-themed name, through most of the song titles, and on to the church organ on some of the tracks, this is an album that seems steeped in religious imagery. The overall effect is a bit like stumbling into a dark, old church after being outside in the hot sunshine - that sensation of a cool stillness together with the weight of history that descends on you. The tracks are so atmospheric that you could imagine the whole album having been recorded in somewhere like the Union Chapel in London (it would be great to see it performed live there). It's a record where the gaps in the music are as important as the music itself - there are whole seconds of nothingness where you can almost hear yourself breathing.

The reworking of a melody by Handel on 'White Chalk' tuns what could be a fairly average song into a tour de force of hope and loss. The choir from that track gives way to the haunting 'I'm Not There' - with lyrics like "Father I've gone away, left my shoes behind in the sand" it could as easily be a confession to a priest as a suicide letter to his family. The James Blake comparisons are likely to be wheeled out for this one and a few other tracks on the album, although there is a more natural, earthy and organic feel to the songs on Ark than there were on Blake's debut.

'Roses For The Dead' has an upbeat musical track for a song with such a downbeat title. Like a lot of the tracks on display here it's a complex one, with a break in the middle that seems designed to disconcert you, and various electronic and atmospheric noises coming into and out of focus as it progresses. The title track is a mix of plaintive solo piano and the sounds of someone playing it (breathing, creaking) which fades into 'Funeral'. Another surprisingly upbeat track for one that continues the theme of loss, you could easily find yourself nodding your head along to this one.

'Shadow of the Colossus' is the first track to feature 'real' (analogue) drums, which emerge as the track progresses and give it some real weight. It gives way to the choral piece 'Arc', just a series of 'oohs' really but which forms a break before 'Reverie'. Starting with an acoustic guitar, this is the most conventional song on the album, and as a result probably the least successful. Drums and bass guitar give it a 'band' feel but there's still a few tricks in the background  with highly echoed background vocals and a quiet instrumental break in the middle. 'Holy Communion' effectively wraps things up with a combination of all the sounds that have preceded it. There's melancholy piano, a choir in the background, some ticking percussion and some pretty low-down bass, before some frantic drumming closes the song out. This just leaves 'Winter Prayer' to shut things down with quiet, chiming keys and what may well be the sound of someone leaving the room at the end.

This is an astonishingly accomplished and mature début for one so young as 21 year old Sam Howard, and certainly marks him out as an artist to watch out for in the future. You can listen to the whole album and buy it from label No Pain In Pop below.