If you've listened to BBC 6music at all in the past few years then you can't fail to have heard John Grant. Former lead singer of The Czars, he's now had 3 solo albums out, and although these may have been patchy in places, he's a tour de force live. The songs from all of the albums seem to have more power and more emotion, and they fit together in a way that you wouldn't necessarily expect. 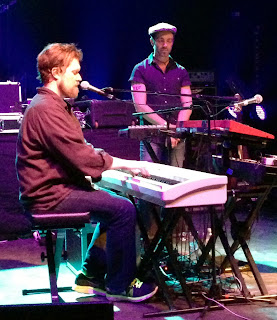 He's a brilliant performer who really engages with the audience and having met him a couple of times I can also say he's a thoroughly decent bloke. There's some videos below that span his records, so see which version of him you like the best - they'll all show up at Glastonbury!