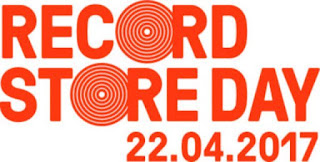 It's hard to believe that today is the 10th anniversary of Record Store Day. I think I might've missed the first one or two, then spent a number of years making unfeasibly early train trips to Rough Trade East, before South Records opened in Southend and became my local 'go-to' store.

This morning I arrived at around 6.20 a.m. and took the coveted 10th spot in the queue, with my purchase list in one hand and flask of coffee in the other. My good spot led to a few phone calls with friends to see if there was anything I could grab for them, which helped to pass the time and to distract from the fact that it had started to rain.

8 o'clock rolled round soon enough, and the entry to the shop was a much more civilized affair this year, with numbers in and out controlled to avoid a mad scramble of arms and legs at the record racks. So thanks to Richard and the team for doing a great job of looking after their customers.

My records were bagged in one of the special edition Fred Perry tote bags and I was soon back on my way home to start spinning the vinyl. Here's what I bought this year:


I know some people are a bit snobby about Record Store Day and yes, it is commercialised to a degree, and people should support their local shops all year round, but if this gets new people into those shops I'm all for it. Long may it continue! 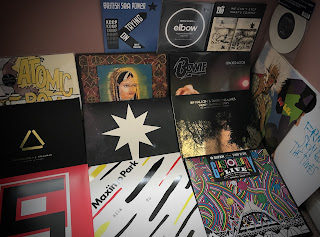