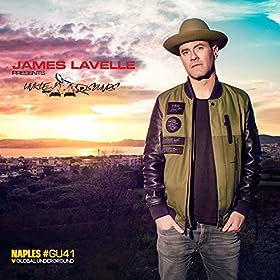 I must confess to being more than a bit disappointed with this when I first got it last year. This was mainly because, having paid £35 to buy the deluxe edition direct from Global Underground, I discovered that only got you the 2 full length mixes on the cd, and not the full individual tracks as well (I'm sure that wasn't what it said when I ordered it, and I'll come on to why I wanted them a bit later). And to be honest, the mixing on it isn't even all that great - there are some rather clunky transitions, the track ordering is a bit jarring in places, and overall I don't think it really works all that well as a DJ mix. So all that being said - why am I recommending it?

The truth is, you have to come at this from a different angle. It may not be a great mix cd, but what it is instead is a great document of James Lavelle, the records he's made, his collaborators and his remixes. At the start of this year I caved in and bought the download from Amazon, where for £9.99 you get 32 full length tracks and the 2 mixes. Even without the mixes that's 3 hours and 42 minutes of music, most of which Lavelle has at least a finger in, if not a whole hand. There are hard to find remixes, in particular 2 from the last Queens of the Stone Age album. There are tracks recorded live at UNKLE's Redux show at the Southbank in 2014. And there's a whole raft of UNKLE classics (which of course I've already got but are great to hear again). If you think you're not familiar with Lavelle's band then give this a listen and you'll realise that you know more than a few tracks. It's the closest thing there's been to an UNKLE greatest hits.

So ditch the deluxe edition, download the digital, and take a trip with UNKLE Sounds.