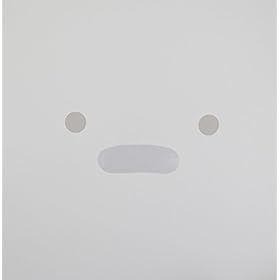 The debut album from Kody Nielson aka Silicon is a furiously enjoyable record, full of infectious grooves and some sexy slow jamz. Having co-witten and played on a lot of the tracks on Unkonown Mortal Orchestra's 'Multi-Love' earlier this year, and previously been in other bands with his brother Ruban, this is Kody's chance to take the spotlight and he grabs it with both hands and a massive smile on his face.

In some ways it's like Multi-Love's younger, cheekier brother - while Ruban is dealing with weighty matters of the heart, Kody's here for the party, to dance and maybe to get laid at the end of the night. It's kind of hard to recall anyone making electronica this sexy before, there are some real dirty grooves on here, particularly 'I Can See Paradise' which is grinding, rutting rhythm of a track with some really hard to distinguish electro-vocals.

There are definite similarities between tracks on both records, in fact when I saw Silicon live earlier this year supporting UMO Kody played 'Can't Keep Checking My Phone' and made it his own (Ruban was watching and laughing as he did so). It's worth mentioning that Silicon are a pretty fun proposition live, the time I saw them Kody was in the audience for about 90% of the gig.

Overall this is a really fun record, one that belies its technological title and manages to infuse some heart and soul into the modern electronic world.