It's been nearly a year since I first wrote about Young Fathers (see post here), and in that time they've continued to build a name for themselves while putting together their début album, which will be released on Monday 3rd February. 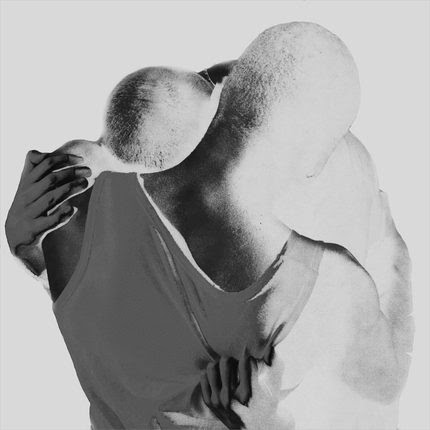 So what do you get from a Scottish / Nigerian / Liberian hip-hop act? As you might expect, this is not run of the mill gangsta / pimps & hoes rap record. It inhabits its own space in much the same way as Kanye West's last 2 albums - you really won't have heard a hip-hop album like this before. And like Kanye at his best, there are some fantastically melodic hooks and catchy pop choruses in amongst the brilliant rap lyricism.

Take opener 'No Way' for example - hard pounding, almost military drums and raps possibly about life in an African village give way to a sung chorus of "AK-47 take my breath, went straight to heaven" which also incorporates one of the most audacious rhymes on the album - "when you're feelin' Presbyterian". The highlights come thick and fast: 'Low' underscores it's powerful rap with a bagpipe-like drone and more marching band drums, 'Just Another Bullet' layers the vocals up to menacing effect, while 'War' builds a Massive Attack-like track to add another sound to their style. 'Get Up' is full of the band's natural energy, and 'Dip' has another of their big melodies and great choruses. There's more Massive Attack-ness in the menacing 'Mmmh Mmmh', and 'Hangman'steps up the threat level with its "time to meet your maker" threats. In contrast 'Am I Not Your Boy' offers redemption with it's heartfelt chorus that's impossible not to sing along with. The album closes with 'I've Arrived', and after a few listens you can't do anything but agree with that statement - Young Fathers have arrived, and 2014 is theirs for the taking.

You can listen to the whole album below, and once you have you're definitely gonna want to rush off and buy it. My top tip (if you're in the UK) is to get it from the Ninja Tune shop here, where it's the best price you'll find. The album is on the Anticon label (in the US) and Big Dada (in the UK).