It's that time of year again, and I reckon 2017 has been pretty good for music releases. It's been tricky to put these in any sort of order, but here's my selection of the best records of the year. 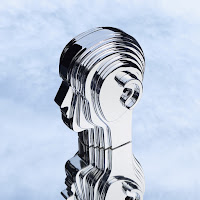 I'll admit it was hard to pick between this and the LCD album, but this eventually won through, possibly by virtue of the fact it had been around longer and so I'd listened to it more. This is am amazing record though, and once that takes electronic music in a direction nobody had really thought of before. Recorded live in the space of just 2 days, and with 3 (!) live drummers, it shows that the Dewaele brothers are so much more than just DJs and remixers. These are, whisper it, proper songs, songs that you can both sing along to and dance to. The vinyl version is brilliant too, with special announcements at the start of each side, and a concentric groove at the end of each one. 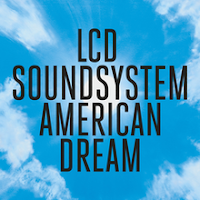 I was completely ready to dislike this record - after the whole deal of the band calling it a day and then getting back together I thought things just wouldn't be the same again. And in some ways they aren't, because although this sounds like LCD Soundsystem, it also manages to sound like pretty much every band who influenced James Murphy in his formative years. As such there's a wider diversity of musical styles on here than on previous LCD albums, which are matched with Murphy's usual caustic lyrics. It's hard to say that it's the sound of a band maturing, given that Murphy was no spring chicken when they started, but it's definitely a step in a slightly different direction. 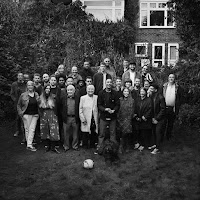 In third place it's three cheers for a proper British hip-hop record - there's nothing wrong with grime of course, but this is something different, a record that takes 80s rap influences and transports them to the UK, where they're met with heart and soul from Ben Coyle-Larner. This is a really personal record that talks about (and has contributions from) his family, mentions his struggles with OCD and ADHD, and is full of life and vibrancy. Having tipped this guy for a few years now it's great to see him getting recognition from the Mercury Prize, BBC Radio 6 and even Yves Saint-Lauren, who've made him the face of their new fragrance 'Y'. Yesterday may have gone but tomorrow is full of promise for him. 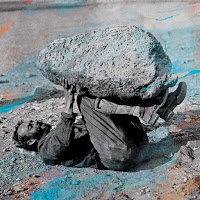 It's hard to make instrumental electronic music that sounds both emotional and intelligent, but that's what Matthew Barnes has done with this record. It's percussive, it's atmospheric, and its use of sampled and transformed vocals communicates in a new and unheard language. In an album that's very much born out of today's troubled world - with immigration, Brexit and Trump woes - you sense that's perhaps the key theme of this record, that it doesn't matter what language a person speaks, if you empathise with them and show some compassion you can grow to understand them. A triumph, both sonically and emotionally, this has been my late night listening of choice in 2017 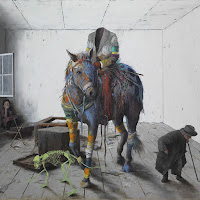 Despite the fact that it was recorded over a number of year, this is the most cohesive UNKLE album for years, perhaps ever. In the main eschewing starry collaborators for a regular stable of vocalists, James Lavelle has crafted a brilliant record that easily mixes dance tracks with more ethereal songs. The artwork is great, the videos a re great, and the double vinyl package even won a design award. I can only hope that there's a 'Pt. 2' and it follows close behind. 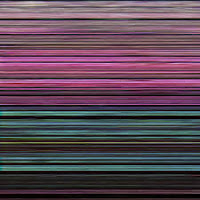 On this record Goddard steps out from the Hot Chip gang, leave behind his partner in The 2 Bears, and crafts a huge, upbeat house-party of a record which will make you smile and dance at the same time. Featuring his usual vocalist Valentina, this is proper good time house music that works equally well in a small club or live in front of thousands at Glastonbury (I know, I was there). The title track features Hot Chip front man Alexis Taylor, reminds me of Halo by Beyonce, and features the unexpected line "I don't know a real ale from a fake one' - these three facts alone should make you want to listen to this record. 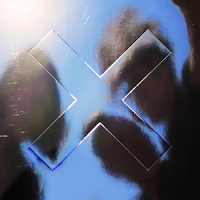 The album on which Jamie xx finally takes his band mates out on a night clubbing. Featuring 'On Hold', one of the stand-out tracks of the year, this is the perfect combination of the previous XX albums and Jamie's brilliant 'In Colour' record. As their triumphant sets at festivals throughout the summer showed, the songs are even better live. One for the both the heart and the feet. 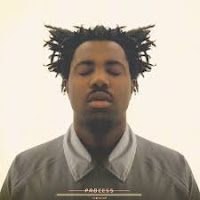 A worthy winner of this year's Mercury Prize, Sampha's debut album wore its heart on its sleeve and unashamedly revelled in the quality of its songwriting. From ballads like '(No One Knows Me) Like The Piano' to the strangely upbeat tale of mugging 'Blood On Me', it's clear the this guy is chock-full of talent, something that the likes of Kanye West have already recognised. The UK's John Legend? Quite possibly. 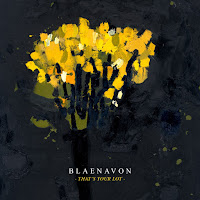 Another act that I've been championing on this blog for years (originally back in January 2013), Blaenavon brought chiming melodies, occasionally strident guitars, and out of the ordinary lyrics to their debut album 'That's Your Lot'. And then, just when you thought it couldn't get any better, they released 'The Bedroom Tapes', a full acoustic version of the album which brought a fragility to some of the rowdier tracks, and showed just what good songwriters they are. 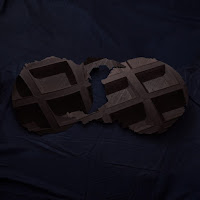 I'll confess that this is the first album I've ever bought by Dirty Projectors, and I know it's not necessarily to the taste of their existing fans. It's an album about heartbreak and loss, which is all the more noticeable given that Amber Coffman was not only David Longstreth's partner but also an integral part of the group for 6 years. So their separation was bound to have an impact on the record, but he seems to have embraced it. The songs are about them, occasionally bitter but often celebratory, and his use of vocal and electronic effects to physically replace her in the music is, for me, a huge success and a big step forward.

On another day any of these five might have made it into the Top 10: 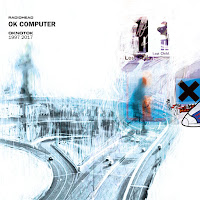 20 years after its release, one of the most important and era-defining albums of all time got the full reissue treatment. The boxset is a truly wondrous thing - triple vinyl, hardcover artbook, 104 pages of Thom Yorke's private notes, a 48 page sketchbook, and a C90 cassette full of demos and session archives.