Recommended music: 'Love Me Oh Please Love Me' by Bullion 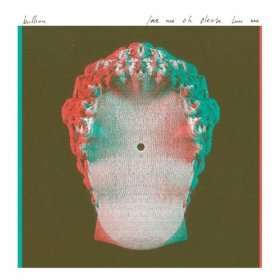 An intriguing release from Londoner Nathan Jenkins, on which he potentially starts the transition from mash-up maestro to fully-fledged pop act. Making full use of his own vocals throughout the tracks, there's an upbeat, summer feel to the songs. The cover of Robert Wyatt's 1984 track 'The Age of Self', whose words seem even more pertinent now than they did 27 years ago, sits well with Jenkins' own compositions, and overall the EP hangs together well, displaying much of Bullion's talents and hinting at stronger things to come.

For me there are strong hints of Metronomy, both in terms of the sound and what he is trying to achieve - think mainly 'Nights Out' with a bit of 'The English Riviera' thrown in. If he can transport this to the live arena (and overcome his desire not to sing in front of anyone) then Bullion could hit the same sort of heights that the band from Torquay are now reaching.

Jenkins has often talked about his 'un-coolness' in terms of his influences and sensibilities, but on this evidence 2012 could well be the year that 'uncool' is the new 'cool'.

You can stream the record, and buy it direct from Bullion, below.